Two days after Medvescak spoiled Petri Matikainen’s debut as Slovan coach the Finn got his revenge in Zagreb.

A hat-trick from Ladislav Nagy fired the Bratislava team to a 3-1 victory, but the outcome was only settled in the last eight minutes.

Nagy opened the scoring early on, but after Bill Thomas tied it up early in the third the game was there for the taking for both teams.

But Slovan’s leading scorer claimed his second treble of the season – both against Medvescak – putting his team back in front on the power play in the 53rd minute and completing the scoring with an empty-netter as the Slovaks ended a four-game losing run. 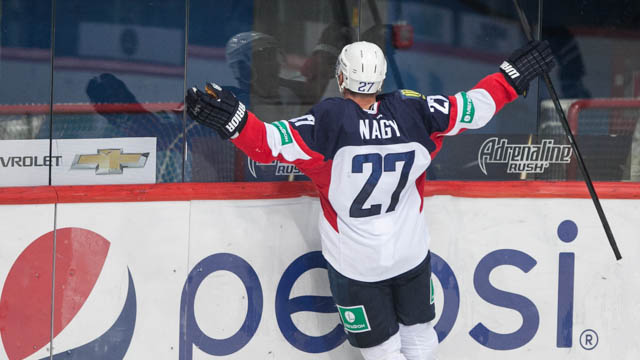 Salavat too strong for Loko
A second-period storm propelled Salavat Yulaev to a 5-2 victory at home to Lokomotiv.

After a goalless opening stanza the hosts seized control with three unanswered goals in the last 10 minutes of the middle session. Dmitry Makarov, Denis Tolpeko and Anton Slepyshev found the net to leave local reeling.

It looked like it might turn into a real rout when Alexei Kaigorodov made it 4-0 early in the third, but Loko rallied to keep the scoreline respectable. Jonas Holos and Sergei Konkov closed the gap a little, but there was never much doubt about the outcome. 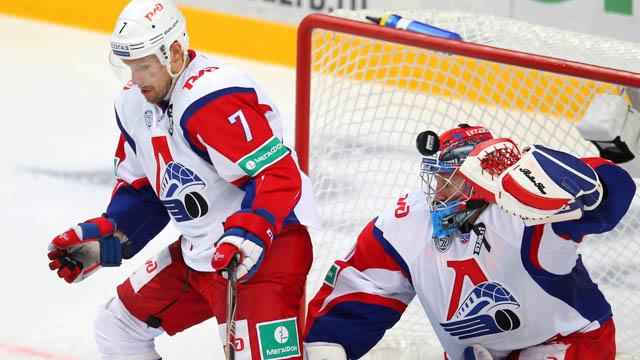 Traktor holds on to sink Ugra
Traktor withstood a third-period fightback to see off Ugra 4-2 in Chelyabinsk.

Stanislav Chistov and Konstantin Panov opened up a 2-0 lead in the first 10 minutes and Vyacheslav Osnovin stretched that advantage in the middle frame.

But Urga came out strongly in the third with Ben Maxwell and Philip Larsen scoring twice in the first two minutes to make it one-goal game and set home nerves jangling.

Ugra dominated the closing stages, outshooting Traktor 23-6 in the final period, but ended up exposed on defense and Andrei Popov took advantage with a last-minute goal to wrap up the win.