Severstal on the up. September 20 round-up

Severstal’s slow start to the season is now well and truly forgotten after the Cherepovets team won its third game in a row.

This time Atlant was the victim, dropping a 2-5 verdict in Mytishchi. Pavel Lukin and Pavel Buchnevich scored two each to lead the scoring in a game which also saw two successful penalty shots.

Atlant’s Mikhail Glulkhov got the first of them, pulling it back to 2-3 midway through the game, but Buchnevich had the final word, extracting maximum punishment for Vladimir Malevich’s hooking offense with 10 minutes to play. 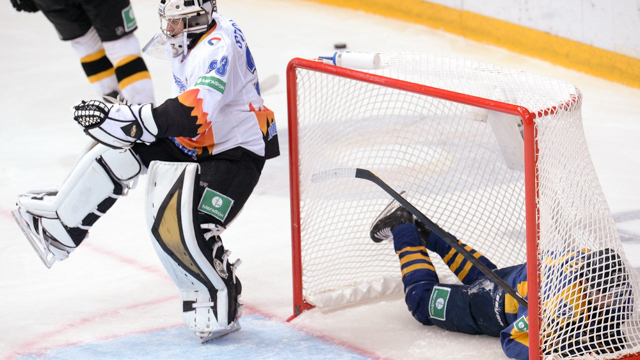 CSKA adds to Slovan’s woes
Slovan, surprised by the departure of coach Rastislav Cada during the week, went down to a 1-4 home defeat against CSKA.

The Army Men stretched a winning streak to three games and were rarely troubled in Bratislava after Jan Mursak opened the scoring on 14 minutes. Andrei Stas doubled the lead midway through the second and despite Michal Vondrka pulling one back there was no respite for Slovan. Igor Grigorenko added a further goal and an assist in the third to complete the scoring.

Comfortable win for Dinamo
Dinamo Minsk beat Torpedo 3-0 with Nick Bailen scoring twice. Jonathan Cheechoo kept up his impressive run of form to get the opener on a first period power play and Dmitry Milchakov had a 31-save shut-out. 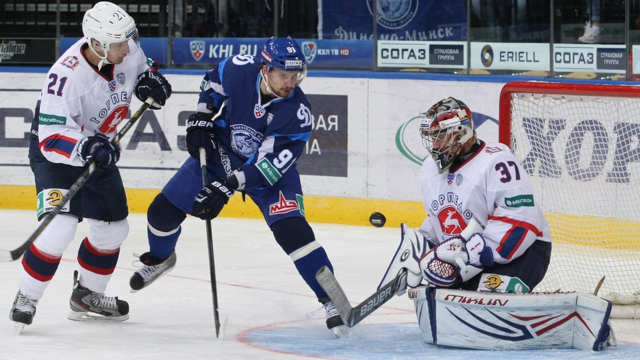