Last season Medvescak announced itself in the KHL with an emphatic 7-1 win over CSKA in its opening game.

This time around things are a bit different: CSKA is looking like one of the strongest contenders in the West, while the Zagreb team is suffering from that difficult sophomore season after a big reshuffle in personnel over the summer.

And those changes translated into a CSKA victory, with the Moscow team taking a 3-2 verdict thanks to Jan Mursak’s latest goal of a productive season.

He struck in 55th minute, snapping a 2-2 tie and putting his team in front for the third and final time on the night.

Earlier Nikolai Prokhorkin grabbed a power play goal inside the first minute, but Medvescak profited from its first numerical advantage on the night as Pascal Pelletier tied it up. Stephane Da Costa and Patrick Bjorkstrand traded goals either side of the first intermission before the second period was interrupted by a problem with the doors to the rink. 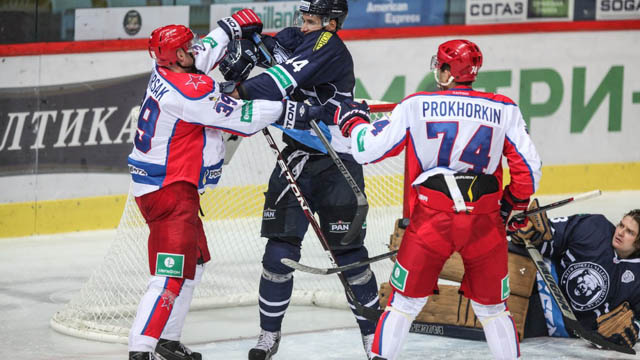 Borisov stands tall
Sergei Borisov made 50 saves as Amur avenged yesterday’s 0-4 defeat at home to Avangard with a shoot-out win.

The visitors dominated much of the game, often resembling the home side in a powerful offensive display. But Borisov was in no mood to yield, keeping Avangard at bay until the 52 th minute when the prolific Sergei Shirokov finally scored on the power play. He picked his spot from the point and got one past the screened goalie to tie it up at 1-1.

Earlier Alexander Yunkov had given Amur the lead right at the end of the second period, and it was beginning to look as though that goal would be enough as Borisov performed heroically at the other end.

However it took a shoot-out – and two more saves from the goalie – to snap Amur’s four-game losing streak. Dmitry Lugin got the decisive goal.

Around the league
Dinamo Minsk let a 3-1 slip at home to Severstal and lost the game in a shoot-out. Marek Kvapil decided the outcome after Gennady Stolyarov had a goal and an assist in the Steelmen’s fightback.

After the controversy of yesterday’s game between Admiral and Barys things were a little quieter when round two got underway in Vladivostok. Admiral won again, 4-2 this time, and Richard Gynge continued his fine form against the Kazakhs with two more goals and an assist. Nigel Dawes got both for Barys. 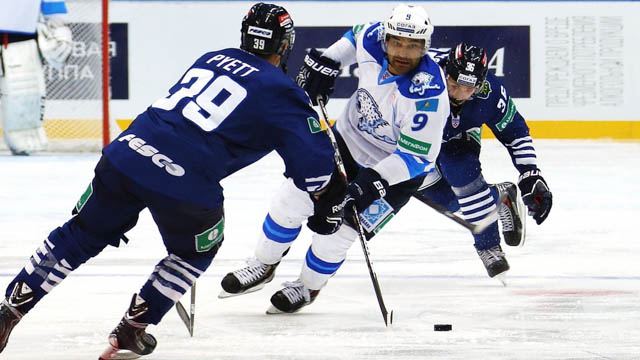 Andreas Engqvist scored twice to help Atlant to a 3-1 verdict over Torpedo in Mytishchi. Oleg Yashin got the other Atlant goal, Wojtek Wolski hit Torpedo’s consolation as Atlant celebrated its first home win of the season. 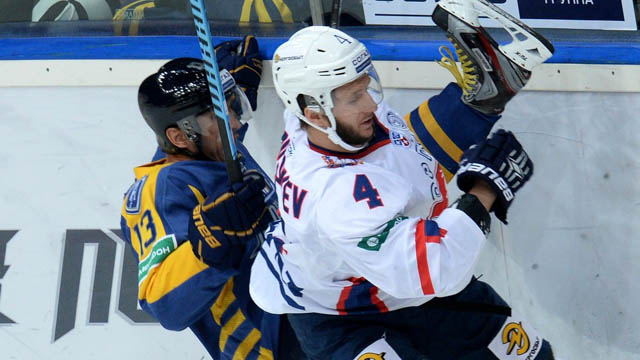