Slovan Bratislava’s encouraging start to the season hit an unexpected obstacle with a 0-3 home defeat against Severstal.

The damage was done early, with Evgeny Mons and Pavel Buchnevich opening up a 2-0 lead by the 13th minute. That saw starting goalie Jaroslav Janus chased to the bench, but there was no great change in Slovan’s fortunes.

Instead Buchnevich got his second of the night in the 26th minute and Jakub Stepanek ended the game with a 34-save shut-out as Severstal got its second win of the campaign. 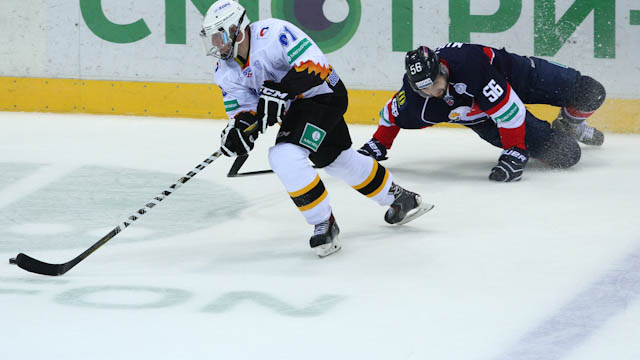 Galimov blanks Atlant
CSKA sank Atlant with a powerful second period performance in Mytishchi, taking a 3-0 verdict to make it four wins from five so far this season.

After a fairly even beginning to the game, two goals in the space of seven seconds after 26 minutes put the Army Men in complete control. Stephane Da Costa got the first, circling the net menacingly, tussling with Mikhail Tyulyapkin on the slot and, at the third attempt, finding the angle to put his shot upstairs on Atte Engren.

That lead was doubled almost immediately, with Evgeny Artyukhin collecting a Nikita Zaitsev pass off the boards and beating Engren stick side for his first of the season. Zaitsev added the third as CSKA enjoyed a power play after Tyulyapkin was identified as the aggressor in a fight with Jan Mursak.

The third period was light on incidents as CSKA kept its opponent at arm’s length and goalie Stanislav Galimov secured his second shut-out of the season, this time against his former club. 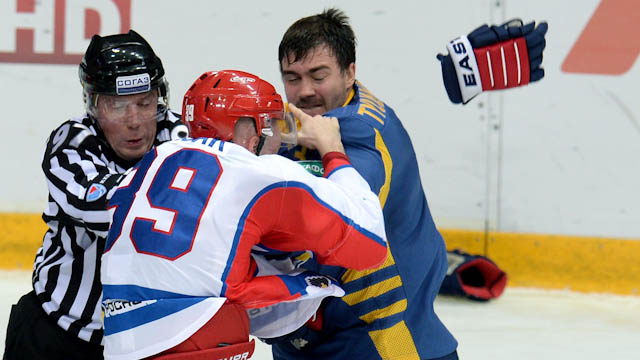 Brust ejected in Medvescak loss
If Galimov and Stepanek enjoyed successful evenings between the piping, it was a different story for Medvescak’s Barry Brust. The goalie was expelled from his team’s game at home to Torpedo midway through the second period after first appearing to kick out at Denis Kazionov then apparently aiming a head-butt at him during a break in play.

At the time of the incident Torpedo was leading 2-1, Vyacheslav Kulyomin and Sergei Bernatsky scoring either side of Pascal Pelletier’s marker. Replacement goalie Mark Dekanich didn’t have much better fortune, though. He conceded a third-period goal to Vadim Krasnoslobodtsev before Wojtek Wolski’s empty netter sealed a 4-1 Torpedo win. 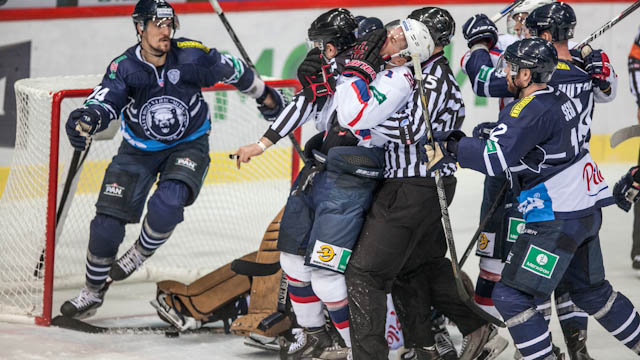