HC Sochi got its first ever KHL victory with a 2-1 success at Dinamo Riga.

After a scoreless first period Mikhail Anisin scored his first goal of the season to put Sochi in front midway through the second.

Martins Cipulis tied it up for Dinamo early in the third, but in 48th minute Andre Peterson got the game winner. He battled around the back to tee up Cory Emmerton in the slot, and when Emmerton’s shot was blocked Peterson was on hand to fire in the rebound. 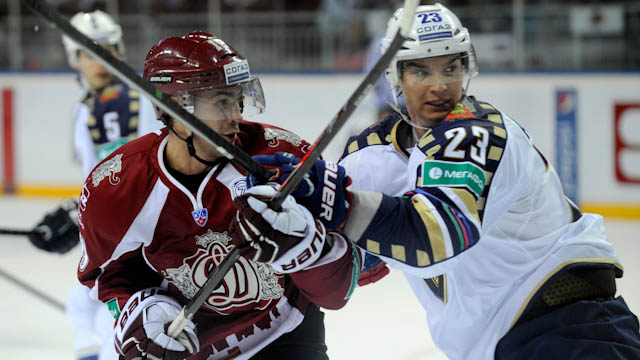 Paigin stars for Ak Bars
19-year-old defenseman Ziyat Paigin got his first ever KHL goal to set Ak Bars on the road to a comeback win at home to Slovan.

Slovan suffered its first loss of the season, but once again produced a performance that suggests this year’s team is a cut above last season’s strugglers.

The visitors from Bratislava had opened up a 2-0 lead around the 10-minute mark through Ladislav Nagy’s fifth goal of the season and Matt Murley’s first since moving from Zagreb.

But Paigin pulled one back before fellow blue-liner Evgeny Medvedev tied it up before the intermission.

A goalless middle session saw Ak Bars looking more comfortable as the home team outshot its opponent 12-7, but Michal Vondrka put Slovan back in front early in the third.

Cue Paigin once again, with an assist for Janne Pesonen’s equalizer in the 51th minute before Mikhail Varnakov got the winner.

The home team got its second win of the campaign thanks to third-period goals from Antti Pihlstrom and Teemu Hartikainen after clawing back 0-2 and 1-3 deficits thanks largely to two goals from Kirill Koltsov.

Alexei Ugarov scored twice for Admiral in a losing cause as Salavat Yulaev’s defense continues to offer up opportunities to all-comers – something that gives head coach Vladimir Yurzinov reason to be forgiven for seeking a little less excitement from his team. 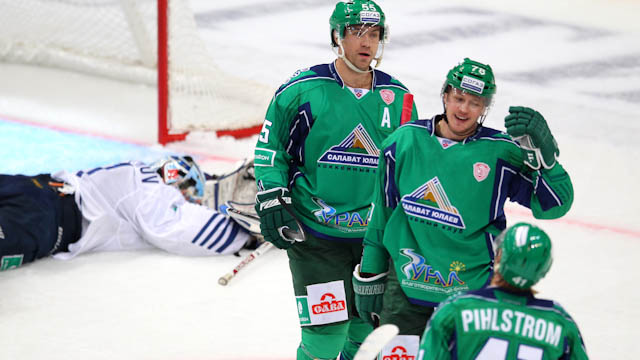 Vityaz shocks Barys
Vityaz snapped its losing start to the season with a shock win at previously unbeaten Barys. The Moscow Region team tightened up on its defense after Monday’s 5-8 defeat at Avangard and reaped rich rewards in a 2-0 triumph.

Goalie Harri Sateri had 37 saves for his shut-out as Barys saw its potent offense blunted for the first time this season. That ensured that Vityaz wouldn’t let slip a 2-0 lead for the second game running: Yury Koksharov and Mario Kempe found the net to get Vityaz off the mark for the 2014-15 campaign.

More misery for Medvescak
Metallurg Magnitogorsk’s powerful offense proved far too much for struggling Medvescak, blasting the champion to a 6-0 home victory.

Medvescak arrived in the Urals still awaiting its first win of the season and managed a competitive showing for much of the first period. However, goals from Sergei Mozyakin and Danis Zaripov ensured that the home team took a clear lead into the first intermission.

There was to be no way back from there for Medvescak. Maxim Yakutsenya added two further goals – his first since arriving from Donbass in the summer – and Vasily Koshechkin completed a 31-save shut-out. 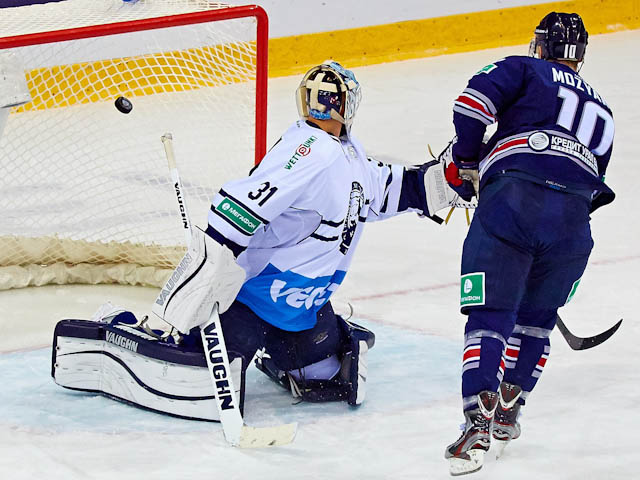 Avangard eased to a comfortable 4-1 win at home to Amur. The Omsk team was quick out of the blocks, opening a 3-0 lead inside 12 minutes thanks to Anton Kuryanov, Alexander Perezhogin and Vladimir Sobotka and there was no way back from there for Amur.

Jan Mursak followed up Monday’s hat-trick with the opening goal in CSKA’s hard-fought 2-0 home win over Traktor. The Army Men found it tough to create clear openings in front of Vladislav Fokin’s goal and it took a third-period power play effort from Chad Billins, his first in the KHL, to give the home team some breathing space. Stanislav Galimov made 22 saves to help his team to a third straight win. 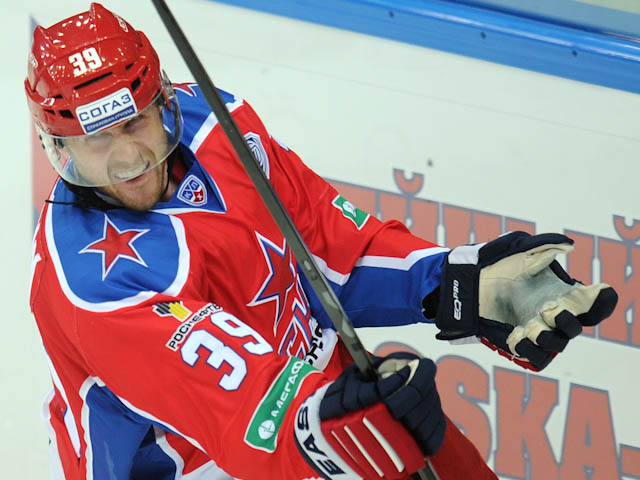 Ugra defenseman Ben Maxwell scored for the third game running but the Canadian still finished on the losing team at Severstal. Pavel Chernov scored twice early in the second to cancel out Maxwell’s effort and Severstal went on to claim its first points of the season with a 4-2 triumph.