Every summer brings the latest update in the KHL’s transfer saga, with old friends moving on and exciting new names coming to replace them. Here’s a run-down of some of the key movers this pre-season. 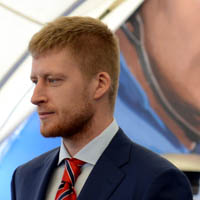 Belov is a familiar figure after starring in Avangard’s defense for several seasons. Indeed, many would argue that his suspension part-way through the 2012 Gagarin Cup final was the decisive issue that tipped the series in Dynamo’s favor. A move to Edmonton Oilers last summer led to a difficult time in Canada – playing on the blue line for one of the NHL’s weakest franchises was a learning experience, but not a wholly satisfactory one. The opportunity to return to Russia brings Belov to SKA, a team with an obvious need for defensive solidity to counterpoint its unrivalled firepower. Can Belov help Bykov solve the Petersburg enigma and finally bring silverware to the Neva? 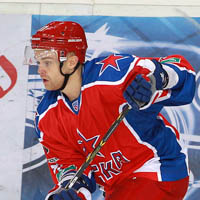 The KHL’s first Frenchman arrives from the Ottawa Senators organization on the back of a boom in the game in his homeland. France reached the World Championships quarter-final for the first time in years, enjoying a memorable win over Canada along the way and confirming that the shock 2013 win over Russia was no fluke. In Minsk he played in all eight of France’s games, posting 5+3 along the way. Earlier in the season he had 58 points in 56 AHL games. 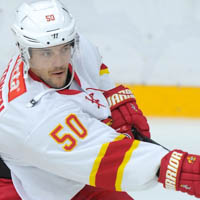 Aaltonen’s last encounter with Russian hockey fans is one that many over here would rather forget: it was his equalizing goal in the Olympic quarter-final in Sochi that turned the game and led to Russia’s abrupt exit from a competition that had promised so much. But anyone who saw him compiling 82 points in 136 games at Magnitka a few seasons ago would hardly be surprised to see this prolific forward thriving on the biggest stage of all. Aaltonen left Metallurg to play in his native Finland, but with Jokerit coming into the KHL he’s moved to Helsinki and returned to the competition. Goalies beware. 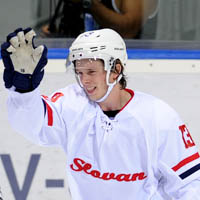 Jeglic, a 26-year-old Slovenian forward, was one of the unexpected stars of Sochi. After grabbing two goals in his opening game against Russia the then-Ingolstadt winger quickly became one of the most talked about tournament rookies. As his country stormed into the last eight on its Olympic debut, the question was which big clubs would come looking for Jeglic. After helping Ingolstadt to a surprise triumph in Germany, Jeglic opted for Slovan Bratislava. Watching the next stage of his development promises to be fascinating. 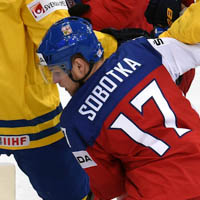 Avangard is a club in need of a rebuild after last season’s disappointment, but the arrival of Czech international Sobotka from St. Louis suggests brighter times ahead in Omsk. Following in the footsteps of his agent, Jaromir Jagr, the forward rejected an offer to remain in the NHL and is looking to establish himself as a top marksman over here. His credentials are impressive - 381 NHL appearances and an Olympic call-up that was halted by injury in January. Avangard’s best KHL season was powered by one Czech forward, Roman Cervenka; can Sobotka repeat his achievements in Omsk? 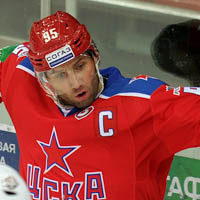 Many were hoping that this feared forward and former captain of Team Russia would continue – either with the new Sochi organization or with another KHL team. But after leaving CSKA Morozov reviewed his options and decided that it was time to run down the curtain on a glittering career. His time in the game has been dotted with trophies – Russian Superleague title and two Gagarin Cups with Ak Bars, two World Championships as Russia ended its long, long wait for gold with back-to-back triumphs in 2008 and 2009. With 348 points in 369 KHL games, the only people who won’t miss Morozov are the league’s goaltenders. 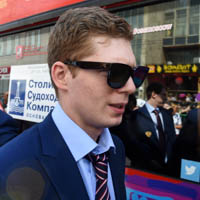 After bursting onto the scene as captain of Russia’s swashbuckling U20 World Champions in 2011, Kuznetsov was quickly marked out a talent to watch. A graduate of the renowned Chelyabinsk hockey school, his uncanny knack of grabbing highlight-reel goals made him an immediate hit on YouTube, with fans around the world thrilling to his direct style and willingness to drive at defences, sowing confusion as he went. That soon brought him to the attention of the Caps, and now he’s decided to make that big Trans-Atlantic move and join up with Alexander Ovechkin in DC. 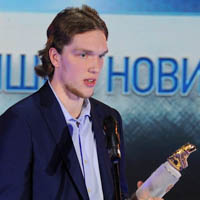 Young goalie Vasilevsky didn’t take long to make an impact in his pro career – he made his Salavat Yulaev debut against defending champion Dynamo Moscow and posted a shut-out to snatch a 1-0 win for his team. His arrival in international hockey was similar – after three games between the pipes for team Russia he had conceded just one goal, and that came in a 6-1 thrashing of the USA. His performance against the Americans in the World Championship immediately alerted a global audience to Vasilevsky’s abilities and put a smile on the faces of Tampa Bay fans. The Florida organization was quick to make an offer to its draft pick, and Vasilevsky is set to continue his development in the NHL. 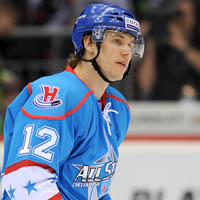 Sibir isn’t one of the KHL’s most glamorous outposts, but for three seasons it’s been home to Finnish forward Jori Lehtera – and he’s repaid his Siberian fans with an avalanche of assists. It’s been a mutually beneficial association – Sibir has reached the play-offs twice with Lehtera in the team, and last season made it to the Eastern Conference semis for the first team. At the same time, Lehtera has established himself as a key part of team Finland, winning a bronze medal in Sochi and adding a World Championship silver last season. A hard-working, exciting player, and always a good source for post-game comments, Lehtera will be a hard act to follow in Novosibirsk. 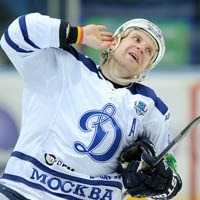 Dynamo fans took Komarov to their hearts thanks to his full-blooded commitment to the cause. While even his greatest admirers would concede that the Finn is not the most technically dazzling forward in the game, his rugged physical presence has played a big role in the success of both Dynamo and Finland in recent seasons. Chasing down lost causes, making defenses uncomfortable and leading the celebrations – Komarov was a larger-than-life character in the KHL and Dynamo will do well to find a similar leader to replace him.