Two legendary coaches are back behind the bench in the KHL, with Zinetula Bilyaletdinov taking up his old position at Ak Bars and Vyacheslav Bykov returning to take the reins at SKA. 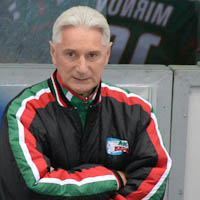 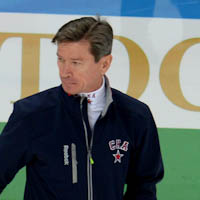 The pair have glittering CVs, with Gagarin Cup and World Championship triumphs to boast of, but face new and different challenges on their return to the league.

For Bilyaletdinov (left), whose stint in charge of Team Russia ended so unhappily in Sochi, it’s a homecoming to a city where he will always be a hero after transforming Kazan’s Ak Bars into one of the strongest organizations in the land.

Bykov (right) meanwhile is the latest man to attempt to bring the top prize to St. Petersburg for the first time and repay the huge ambition – and budget – invested in the Army Men of the north.

One big difference for both men will be the return to the day-to-day challenges and rewards of working with a club roster. Coach Bill became the first ever full-time coach of Russia’s national team when he replaced Bykov in 2011 and at first it seemed that the new role was working ideally. A flawless sweep of the 2012 Worlds had fans purring at the return of the Red Machine of old, and raised hopes that the Olympic gold drought would be ended on home ice.

Yet as time went on there was a growing sense that those long gaps with no international hockey left Bilyaletdinov frustrated, unable to get out on the ice and work with the players. Results began to suffer: a quarter-final thrashing against the Americans in the 2013 Worlds then the bitter disappointment of failing to reach the medal games in Sochi spelled the end of his stint behind the bench for Russia and brought him back to Kazan.

Bykov also knew all about the price of disappointing international performances after the failure to medal in Vancouver. He continued to combine the national job with a title-winning performance at Salavat Yulaev in 2011, but left both positions at the end of that season and ended up in charge of team Poland – some way below the level his talents would suggest.

In Petersburg Bykov is united with his regular right-hand man Igor Zakharkin, but in a change from previous jobs he has also appointed a bigger supporting team of coaches including Nikolai Borshchevsky, former CSKA man Sergei Zubov and the highly rated young goalkeeping coach Maxim Sokolov from Atlant. 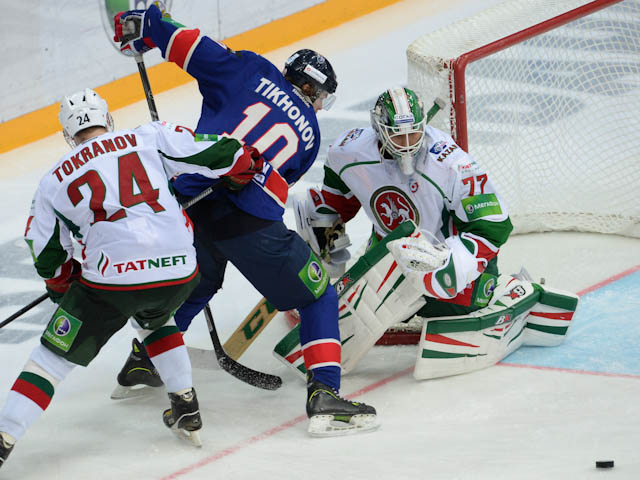 For different reasons, perhaps, both teams have maintained rosters similar to the ones they had last season. SKA, blessed with a famously powerful offense, has long looked like a team which simply needs the right coaching and systems to finally fulfil its golden ambitions. As a result, new arrivals have largely been recruited from Spartak’s title-winning youth team and are intended for future development. However the addition of defenseman Anton Belov could prove a shrewd one: he may not have enjoyed the greatest of seasons in Edmonton, but his commanding displays on the blue line for Avangard in recent seasons earned him a reputation as one of the KHL’s best D-men. Jimmy Eriksson, the only Swedish Olympian from outside the NHL, arrives from Skelleftea in an intriguing move. But as Bykov inherits a roster boasting the talents of Ilya Kovalchuk, Viktor Tikhonov and the impressive young Artemy Panarin, it’s clear his major task is to blend that vast array of talent into a winning team.

Bilyaletdinov, meanwhile, has been more active in Kazan after taking over from Valery Belov. The pair have worked together before, and Belov remains as assistant coach, so there is plenty of continuity here. As a result, changes have tended to affect the lesser lights with players like Yegor Milovzorov and Jakub Petruzalek moving on. The two big departures are goalie Konstantin Barulin (to Avangard) and forward Alexei Tereshchenko (to Dynamo Moscow), and high-profile replacements have been found already. Swedish international Anders Nilsson arrives from NY Islanders to guard Ak Bars’ net, while Justin Azevedo, star of Lev’s play-off run, comes from Prague to spearhead the offense.

Bykov made a triumphant return to Ufa with his new team, leading SKA to victory in the Republic of Bashkortostan Cup. SKA also enjoyed big wins against Swiss opposition and rounds out its preparations on home ice this weekend in the Puchkov Memorial Trophy.

Ak Bars also have grounds for optimism after winning a pre-season tournament in Nizhny Novgorod and picking up a win 4-3 against last season’s champion Metallurg Magnitogorsk. Every cautious, though, Bilyaletdinov warned that there were still question marks over the team’s defense ahead of this weekend’s final warm-up games in Riga.