Lada gears up for a return

Lada is the KHL’s third newcomer for the 2014-15 – and it’s a welcome return for the men from Togliatti.

The Volga city, famous for its car plant, holds a proud place in Russian hockey history: here, in 1994, the championship trophy went to the provinces for the first time ever. It’s hard to imagine today, when teams from Kazan, Magnitogorsk, St. Petersburg, Ufa and beyond all entertain serious hopes of lifting the Gagarin Cup, but for decades the top honors were kept within Moscow’s city limits.

Throughout the Soviet era the capital’s teams – usually the almost invincible CSKA – had enjoyed a complete monopoly of the prizes until Lada’s breakthrough success. The club also tasted European glory, becoming the first Russian team to win the IIHF Continental Cup in 2005, but Lada was soon to fall on hard times.

A small, run-down home arena put huge pressure on the team’s finances and even back in 2006 an exodus of players threatened the club’s existence. After back-to-back silver medals in the Russian Superleague in the mid-2000s under the guidance of Pyotr Vorobyov, the organization repeatedly flirted with closure. 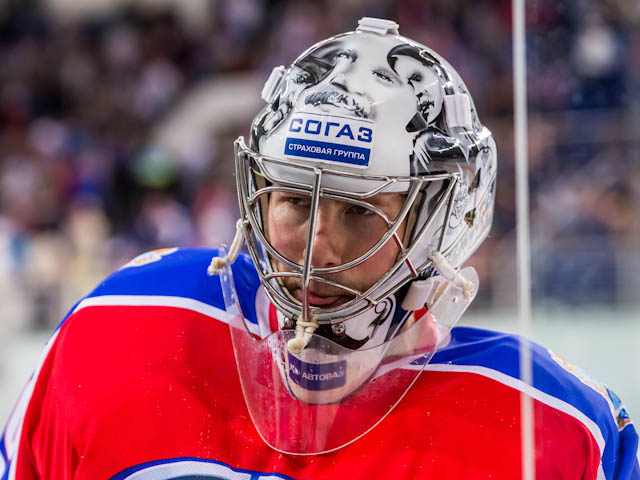 Jeff Glass has 189 KHL games under his belt

Yet, as Lada’s loyal fans like to claim, Togliatti without hockey would be like Moscow without the Kremlin. Despite ultimately losing its place in the KHL after the 2009-10 season, the team persevered. Finally the construction of a new 6,100-seater arena allowed the team to comply with League regulations and make a welcome return to top-level hockey. At a time when three other KHL members – Spartak, Donbass and Lev – are all wrestling with off-ice problems of their own, Lada’s revival is an encouraging sign that problems can be overcome.

On the ice, though, the team which steps up from the VHL will be relying on an inexperienced roster. There are a couple of players who have been part of Gagarin Cup-winning teams, but former Dynamo Moscow defenseman Denis Barantsev and ex-Metallurg Magnitogorsk forward Anton Shenfeld were both fringe members of those championship rosters.

Head coach Sergei Svetlov (top), who successfully steered Admiral into last season’s play-offs after replacing Hannu Jortikka in Vladivostok, has assembled a squad with some potential though: the Streltsov twins, Alexander and Vasily, arrive from Avtomobilist and former Lokomotiv youth prospect Maxim Zyuzyakin joins after a spell in Novokuznetsk. 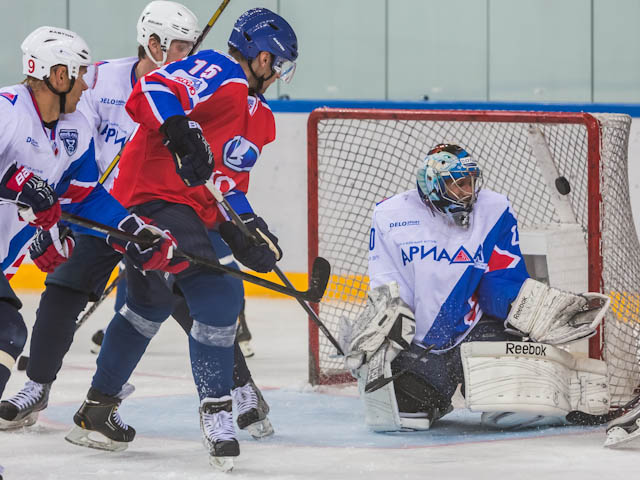 Nikitenko scores! Togliatti fans hope this will be the trend of the coming season

There is some experience as well. Canadian goalie Jeff Glass knows this league well and earned admirers last season at Spartak despite the Red-and-Whites’ struggles. Slovak defenseman Peter Podhradsky also arrives after two impressive seasons in Donetsk while Andrei Nikitenko has almost 300 KHL appearances to his credit, most recently under Svetlov at Admiral.

It won’t be an easy return to the highest level for Lada, and there’s little chance of a repeat of the title-winning heroics of two decades ago, but for a city that lives and breathes hockey the chance to mix with the best once again is a dream come true.