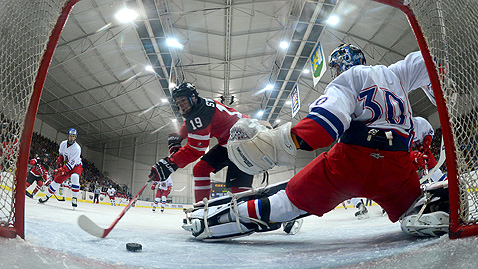 Team Canada enjoyed a convincing 6-2 victory in the final of the Ivan Hlinka Memorial Cup against the Czech hosts in Breclav on Saturday, confirming their status as tournament favorites. Ever since this popular juniors’ competition was created in 1991, the theme has been the dominance of the Canadians: this was their seventh successive win, matching the record set by their compatriots from 1996 to 2002, and overall, they have captured the title on 19 out of 24 occasions. Of the five exceptions that proved the rule, there have been three wins for the USSR or Russia (1991, 1993, 1995), and one apiece for the USA (2003) and Sweden (2007), while the Czechs could be forgiven for thinking that fate has conspired against them: this was the seventh time they have had to settle for silver.

Few expected anything other than a resounding defeat for the hosts, but the Czech fans’ enthusiasm and passion for the game is as impressive as the power and skill of the Canadians. Lines had already formed at the Breclav stadium ticket office a full hour and a half before the face-off, and when the teams stepped out onto the ice, a near-capacity crowd of 4,500 was waiting to greet them.

Before the game got underway, there was a minute's silence in memory of the Czechoslovak hockey legend, Ivan Hlinka, in whose honor the tournament was renamed in 2007. Exactly ten years ago, on August 16, 2004, the outstanding player and coach lost his life in a road accident near Karlovy Vary. 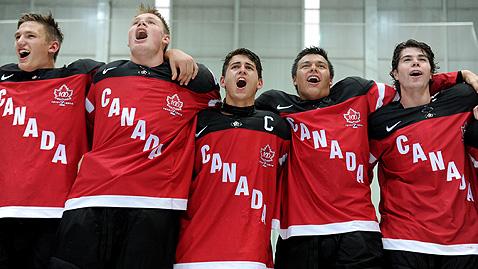 And then the big clash began, and the burghers of Breclav in the stands sent out an almighty roar, urging their team forward. Their players heeded the call, and relentlessly charged around at top speed, fighting for every inch of ice and doing everything in their power to make this game a contest. Against opponents such as these, however, one’s best is seldom enough, and the first period ended with the visitors already 4-0 ahead. But even this did not dampen the fans’ spirits. None of them thought about leaving, all of them kept on roaring, and the Czech team rewarded them in part by winning the second period, 2-1. Both of those goals were greeted by an even more deafening noise and celebrated as if they were game-winners in overtime. The hosts also put up a creditable fight in the third period, failing to score, admittedly, but limiting the fearsome Canadian offense to a single goal.

After the hooter had heralded the end of the tournament, the rink was the stage of a unique spectacle in which the joy seemed equally shared between the victors and the vanquished. While the Canadians headed for the center for a celebratory dance around their captain, Travis Konecny (who has Czech roots, incidentally) as he held aloft the golden trophy, the proud home players circled around in a lap of honor, greeted by the most sincere and fervent applause from their compatriots in the stands. Seldom in world sport has a final finished with both teams in such high spirits.

And then there was another moving spectacle. The young champions, from the nation which gave this sport to the world, formed a thin red line on the rink’s blue line, then turned to face the flags of the participating countries and gave a stirring rendition of their national anthem, while their proud coaches eagerly recorded the emotional scene on their cellphones. 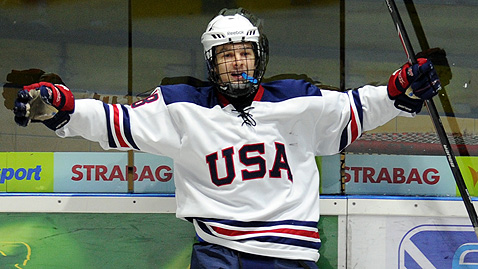 It is common for some commentators in sport to speak of national teams needing to defend "the honor of the flag," with “eyes burning" from "love of one’s country" and so on, and lose sight of the fact that these are tests of skill, fitness and teamwork. Patriotism, of course, is no substitute for mastery of the game, but when it is a companion to such mastery the results can be very impressive, and the Canadians and Czechs ably proved this today, both during and after the game.

The play-off for bronze in Piestany turned out to be a much closer encounter with many twists and turns in the plot, and indeed, it was the only match of the entire tournament to go to overtime. The Americans were hit by two early goals from the Swedes, but fought back to take a 4-2 lead and seemed to be coasting to victory. Then the Scandinavians halved the deficit ten minutes from the end and drew level with 90 seconds remaining. The USA was to have the last word, however, when former CSKA lad Dennis Yan settled matters with 57 seconds of overtime left on the clock. Yan’s fellow American, Thomas Novak (bottom photo), scored his team’s first goal of the game and finished as tournament top scorer with 11 points (5 + 6).