The city of Magnitogorsk paid tribute on Friday to the finest team in the KHL. A full calendar month has passed since Metallurg’s exploits triggered those memorable scenes of unbounded joy, yet the townsfolk gathered together again as one to commemorate that stunning victory. Even the weather blessed the proceedings.

Such is the passion for hockey in this region that the elements appear to react to the team’s fortunes. Throughout the second half of April, when the twists and turns of that epic battle for the Gagarin Cup alternately froze the blood and warmed the hearts of the fans, Mother Nature was not immune, either bathing the Magnitka faithful in rays of gentle sunshine or lashing them with icy storms. Only after victory was assured did she sit back and finally allow the spring to settle. 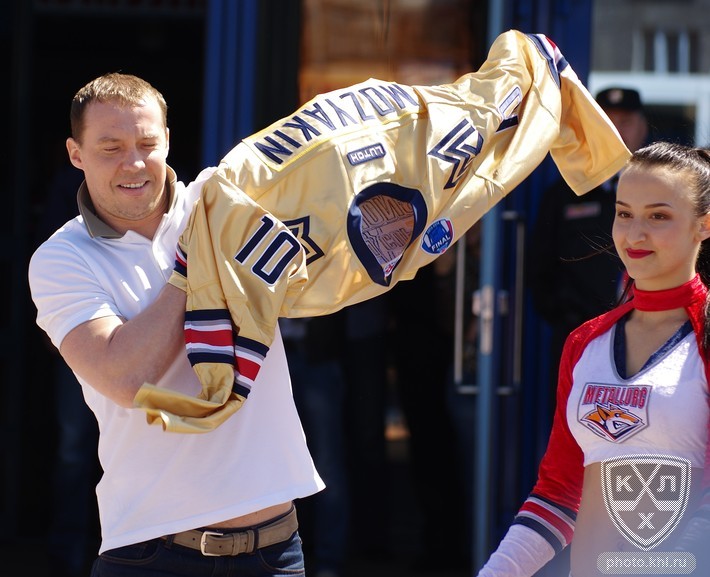 And so it was now. A stubbornly-chilly Thursday afternoon, with the mercury barely touching the 12°C mark, turned into a decidedly cold evening, but come Friday and the warm sun decided to burst through and illuminate the occasion, bouncing its shimmering rays off the special celebratory golden jerseys donned by the champion club’s players and staff, who were already accompanied by fans in their hundreds as they embarked on a festive procession through city.

One after another, the heroes of the season emerged from the stadium doors to deafening applause, each one heralded by eminent TV commentator, Pavel Zaytsev. Even the voice of experience of this hardened professional occasionally cracked, and no wonder: Pavel has been commentating on Metallurg matches through fifteen years, imbibing joy from every victory and feeling the pain of every defeat suffered by his home town team. And today, he allowed himself some emotion because it was his day, indeed, a day for all those who feel part of the success of Magnitogorsk, and here that extends to pretty much the entire city. 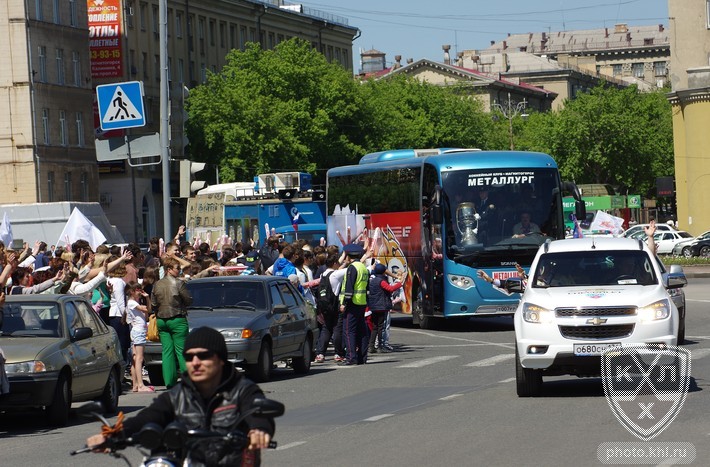 And thus, resplendent in their golden armor and deftly doling out the much-desired autographs, the Gagarin Cup winners hit the road. The motorcade could not fail to impress: two limousines - one black, one white, both specially decorated for the occasion – were joined by two Chevrolet SUVs, and three team buses decked out in gold, as it carried all the club’s staff, the journalists and not one, but two trophies: the Gagarin Cup and the World Championship. The latter was brought here by Russian Hockey Federation chief Vladislav Tretyak to acknowledge the tremendous contribution made by the Magnitogorsk hockey school to the national team’s recent success on the world stage. Metallurg’s direct presence at Team Russia’s triumph in Minsk team was limited to Danis Zaripov, but several times throughout the celebrations other names rang out: Evgeny Malkin, Nikolai Kulyomin, Yegor Yakovlev and Anton Khudobin – all these masters of the art learned their trade at the Magnitogorsk hockey school, and the city, as it marks its 85th anniversary this year, is justifiably proud of them.

For three hours, this golden victory cortege paraded through the city, generously pausing every so often to mingle with the fans. The assembled public, as you would imagine, were anything but silent, and all along the route of the procession the players were greeted with enthusiasm by crowds of fans and autograph-hunters. 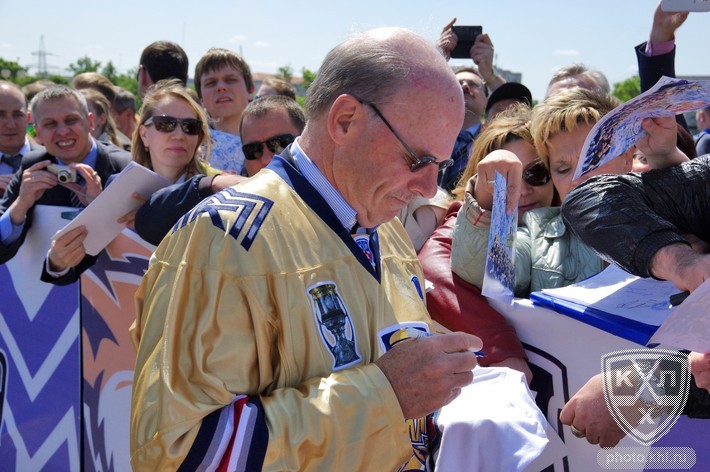 The celebrations continued well into the evening, at an Arena Metallurg stadium packed to the rafters with well-wishers, all eagerly honoring their heroes and giving a more than hospitable welcome to several illustrious guests, including KHL President Alexander Medvedev and First Vice-President Vladimir Torzhkov.

Every player, coach and staff member of the champion club was presented with a finely-crafted miniature replica of the Gagarin Cup trophy, to which was added a championship of Russia medal on behalf of the RHF, and then the winners’ eyes and ears were given a treat in the form of a diverse entertainment and cultural program, the highlights being performances from the beautiful Russian singer, Nyusha, and veteran English rocker Chris Norman, of the band Smokie, so popular here in the 90s during the Magnitka golden years. It was a fitting combination, as the mix of Russian youth and western experience perfectly mirrors the team’s formula for success this season. 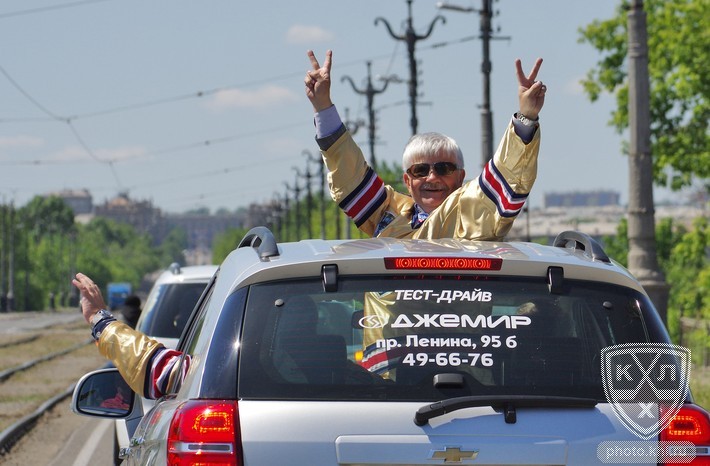 The climax to several hours of festivities was a spectacular firework display near the arena. But did it herald The End, or merely the End of Part One? Possibly, this is just the first of many joyous hockey occasions for modern-day Magnitogorsk. For rival teams, there were ominous words issued from the stage by club president, Viktor Rashnikov: “I had a talk recently with the team, and the following thought occurred to all of us: why not do the same next year?”