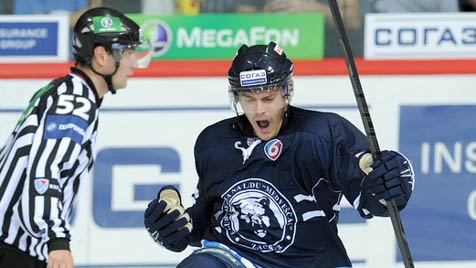 September
The season gets underway with Dynamo convincingly beating Traktor to lift the Opening Cup once again, but the biggest story of the opening days comes from Zagreb. League newcomer Medvescak thrashes CSKA 7-1, making a memorable start to life in the league for the Croatian contenders and a miserable debut for new CSKA coach John Torchetti.

Medvescak isn’t the only new team to impress: in the Far East Admiral Vladivostok delivers a shoot-out victory at Amur in its first ever competitive game. Ilya Kovalchuk, back at SKA after leaving the New Jersey Devils, helps the St. Petersburg team to a 5-1 victory in its opening game at Avangard, while Barys smashes 10 goals past Severstal, serving notice that Brendan Bochenski, Nigel Dawes and Dustin Boyd would be tormenting goalies all season.

Another goalscorer, Nikolai Prokhorkin, celebrates his 20th birthday with a hat-trick as CSKA beat Dynamo 6-3. The youngster earns his first call-ups to the Russia team later in his break-out season.

The end of the month sees the first managerial casualties: Avangard and Lokomotiv react to disappointing starts by firing Petri Matikainen and Tom Rowe respectively; Milos Riha and Pyotr Vorobyov take over behind the benches at those clubs. 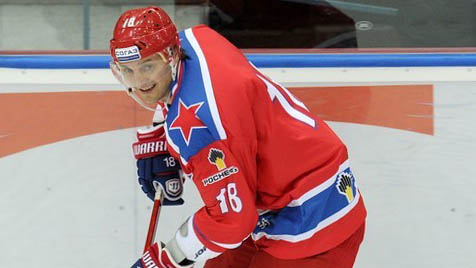 October
Medvescak begins the month on a winning streak that takes it up to third in the West, hard on the heels of SKA and Dynamo Moscow, while fellow newcomer Admiral continues to ruffle feathers, most notably with a 3-1 win in St. Petersburg on Oct. 13.

In contrast Avangard continues to struggle even under a new coach. An uncertain defense sees the team lose 0-4 in Zagreb, 1-6 at Donbass and 0-6 at home to Dynamo Moscow before Riha finally oversees a victory, 3-1 at home to Vityaz on Oct. 10.

A famous name from Russia’s hockey history, Sergei Fedorov, gets his skates out once again to register as a player for CSKA. The three-time Stanley Cup winning center agrees to take to the ice once more to boost Torchetti’s options in an injury crisis, but in the event the club’s GM doesn’t feature in any KHL action. In December, though, he plays for CSKA in the Spengler Cup in Switzerland. 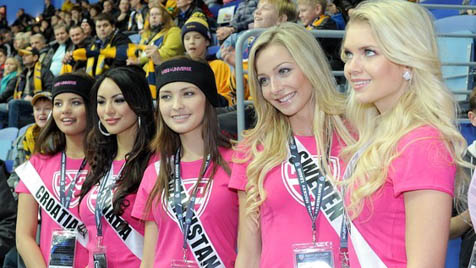 November
The month gets off to a beautiful start as contestants in the Miss Universe contest, held this year in Moscow, visit Atlant’s game at home to Lev. All that glamor proves too much for the home team, however, and Lev impresses the ladies with a 4-0 victory.

The Karjala Cup international tournament in Finland sees Enver Lisin reap the rewards for his bright start to the campaign. The former Metallurg Magnitogorsk man gets a call-up for team Russia after leading the scoring for Admiral.

Milos Riha reshuffles his pack at Avangard, trading players with CSKA in a bid to pep up his offense. But it seems that the Moscow team might have the better of the trade when the teams meet: Sergei Shirokov is ejected in the third period after a crunching hit on his former team-mate Oleg Saprykin, and Nikolai Prokhorkin’s power play goal leads the Army Men to a 3-1 win. 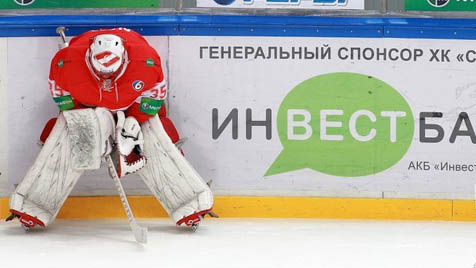 December
Spartak suffers a body blow with news that the club’s main sponsor, InvestBank, is to lose its license. The Red-and-Whites’ financial woes are mirrored on the ice a Fyodor Kanareikin’s roster stumbles into a 19-game losing streak, dropping out of play-off contention along the way. There is little relief in sight: at the end of the season Spartak opts out of the Nadezhda Cup, and continues to struggle to make the financial guarantees needed to compete next season.

As the hockey world’s attention shifts towards Sochi and the Winter Olympics, Russia hosts the Channel 1 Cup at the Olympic venues. The first top-level games played in the Black Sea resort draw good crowds, but Russia fails to impress on the ice and finishes third as a youthful Czech roster takes the gold.

There’s a surprise coaching change in Vladivostok, where Hannu Jortikka leaves Admiral. He is replaced by Sergei Svetlov, who began the season in charge of Atlant but was dismissed in September.

Christmas brings a treat for Metallurg Magnitogorsk, which marks December 25 with a thumping 6-1 win at Spartak and the first KHL points for recent signing Francis Pare. The Steelmen end the year battling with Barys and Ak Bars for top spot in the Eastern Conference; in the west we have another round of the traditional rivalry between Dynamo and SKA.