At 13:00 today, the Gagarin Cup departed the Kontinental Hockey League’s Moscow HQ to begin its annual journey to the cities whose teams will battle in the Championship’s final series. The destinations this season are Magnitogorsk, where the trophy will reside for three days, and then Prague. 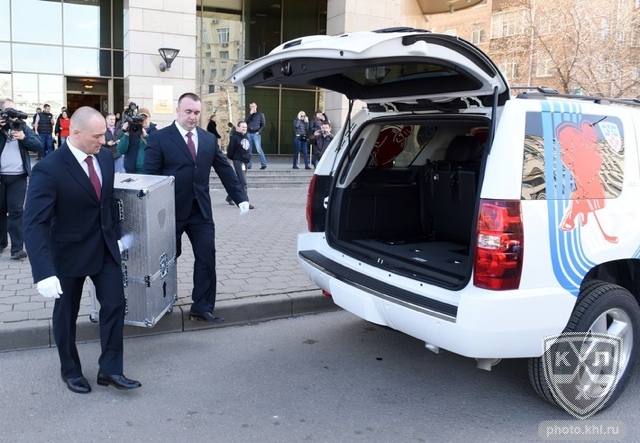 Early on the morning of Friday, 18th of April, the Gagarin Cup will land at Magnitogorsk’s airport, and from 18:00 to 18:45 it will go on display in the foyer on the first floor of the Arena Metallurg, so that fans and residents in the city can be photographed with the coveted silverware. The trophy will also be on show on Saturday (from 12:00 to 17:00) and on Sunday (from 16:00 to 16:45) in the Arena Metallurg central foyer.
Share
Прямая ссылка на материал