Another one-goal game was enough for Metallurg to complete a sweep of Sibir and advance to the Eastern Conference final.

Once again Sergei Mozyakin was the key man, scoring two goals to lift Magnitka to a 3-1 lead and take the game beyond the home team’s reach.

Yesterday, in Game 3, Sibir found a way to close down Mozyakin and his prolific line mates, but still slipped to an overtime defeat as Magnitogorsk’s depth came through.

Today, though, it took barely five minutes for normal service to resume. Evgeny Grigorenko found Danis Zaripov at the back post and the forward ensured Mikko Koskinen’s scramble across the crease was in vain with a fine finish. It was Zaripov’s 300th goal in the Russian championship, making him just the 15th player to reach that milestone since the sport began in the Soviet Union in 1946.

Sibir hit back through Ivan Lekomtsev: a powerful slap shot ripped past Vasily Koshechkin to tie the game and take Lekomtsev to four goals in the play-off. But that was as close as the home team could get to extending the series.

Mozyakin put Magnitka back ahead in the last minute of the opening session, collecting a fine pass from Evgeny Biryukov and picking his spot in a one-on-one with Koskinen. Midway through the second he scored again, a well-placed one-timer from distance surprised the goalie as he struggled to get to the right-hand corner to meet the shot.

Sibir kept searching for a way back into the game, and when Dmitry Kugryshev applied the finish to a beautiful Jarno Koskiranta pass seven minutes into the final stanza there was still hope for the Siberians. But when Jori Lehtera failed to hit the target at the end of a dangerous breakaway, and Kugryshev could only fire straight at Koshechkin from close range it was clear that the end was in sight for Sibir.

Magnitka now has time to rest before facing the winner of the Salavat Yulaev vs. Barys series. Victory there would see Mike Keenan’s team make its first ever Gagarin Cup final, and it’s first Russian Championship final since the 2007 championship campaign. 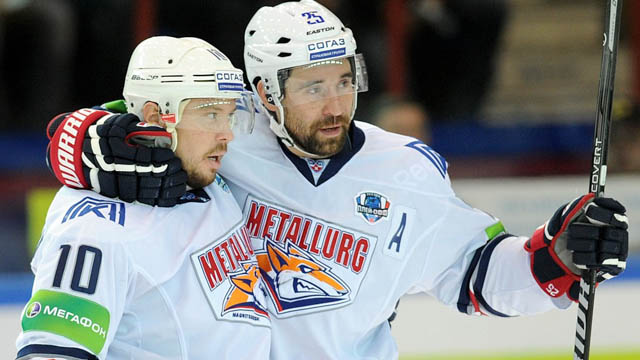 Salavat Yulaev took a commanding 3-1 lead in this series thanks to an overtime goal from Kirill Koltsov - but it had to shake off the shock of seeing victory slip away in the dying seconds of regulation.

But Koltsov won it for Salavat five minutes into the extras, exchanging passes with Alexander Stepanov to work the angle for a close-range finish that converted a power play and settled the outcome.

After two scoreless periods, goals from Igor Mirnov and Dmitry Makarov had Salavat within seconds of victory in regulation time. It was an error which finally unlocked a tight game in Ufa. Barys surrendered possession far too cheaply after Lundin failed to recycle the puck on offense, triggering a 3-on-2 break that enabled Alexei Kaigorodov to set up Mirnov for a wrist shot past Vitaly Yeremeyev in the Barys goal.

Barys tied it up with five minutes left as Nigel Dawes capitalized on a rare moment of menace around Andrei Vasilevsky’s goal to score, but Makarov seemed to have given the home time a regulation time victory when he put away a Teemu Hartikainen pass with barely two minutes to play. But there was still time for a dramatic late strike from Barys to take the game to overtime.

Both sides went close in the first two periods. Salavat Yulaev had possibly the best chance of the opening stanza when Andrei Ankudinov’s pass offered Koltsov a close-range shot at an open goal, only for the defenseman to fail to get his stick on it. Salavat also suffered a blow when Yegor Dubrovsky, a goal-scorer in the previous two games, went off injured after a crunching check against Dawes.

The second session saw Barys come even closer with Konstantin Rudenko hitting the post and Nik Antropov almost getting to the loose puck. But he could not force the opening goal and that miss ultimately proved costly as Salavat sneaked the verdict. 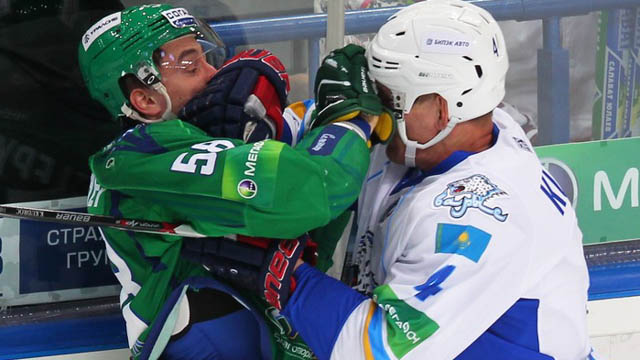