Sibir finally found a way to stop Metallurg’s goal-getting first line – but still couldn’t force a victory despite leading for much of the game.

The Mozyakin-Kovar-Zaripov troika failed to produce a single point – and managed just five shots on target in the whole game – as Sibir sought to stifle opportunities as the series switched to Novosibirsk.

But while Dmitry Kvartalnov’s tactics were enough to spike the play-offs’ biggest guns, it couldn’t silence Magnitka’s threat completely.

With seven minutes to play defenseman Yaroslav Khabarov got his first goal of the post-season to tie the scores at 1-1. He beat Mikko Koskinen with a thumping shot from long range with the goalie unsighted by a crowd in the deep slot, taking the game into overtime.

There Denis Platonov was waiting to snatch a winning goal that puts Metallurg in complete control of the series. It took the video judge to rule on his effort: Koskinen beat away his initial shot and the forward bundled the rebound into the net under pressure from Igor Ozhiganov, but the official concluded that there was no attempt to play the puck with the hand and awarded Magnitogorsk the goal and the win.

It was rough justice for Sibir after the home team had dominated the first period and taken a deserved lead thanks to Ivan Lekomtsev. He scored on the power play, converting a neatly-placed pass from Dmitry Kugryshev in a first period that his team dominated. After weathering a storm of Metallurg pressure in the second stanza, it seemed that a more evenly-balanced clash in the third might see Sibir to a vital victory – but in the last few minutes it all came undone. 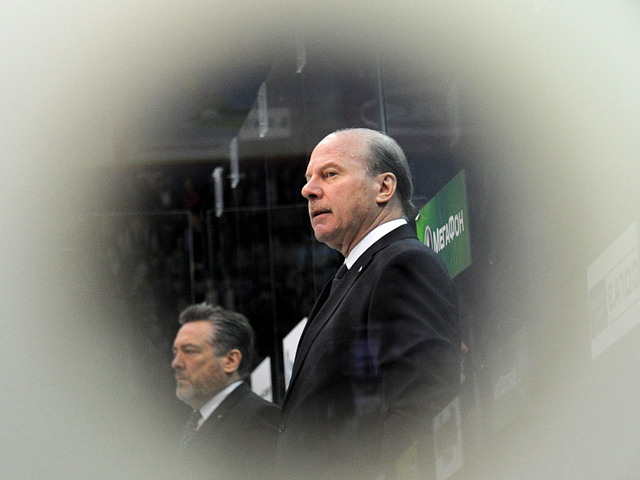 After returning to home ice Salavat Yulaev reversed Saturday’s 2-5 defeat to reassume the lead in the series.

The Ufa team assumed control in the first period, with Yegor Dubrovsky and Andrei Zubarev reprising their goal-scoring double act from the previous game.

The game-winner went to Igor Mirnov early in the third. After great work by Alexei Kaigorodov, jinking into the circle before pulling back the puck to his waiting team-mate, Mirnov let fly with a beauty of a shot to give Vitaly Yeremeyev no chance.

For Barys the best moments came within a minute of each other at the end of the second period. Dmitry Upper reduced the deficit and Brandon Bochenski made it 2-3 right on the siren, whipping in a shot that snuck through Andrei Vasilevsky’s pads.

But that was as close as the visitor could get in a game where Salavat Yulaev was able to keep shooting chances to a minimum. Even as Barys sought to claw back a one-goal deficit in the third, the shot-count for the period remained in single figures. At the other end Teemu Hartikainen and Antti Pihlstrom’s empty netter applied the finish to a convincing scoreline. 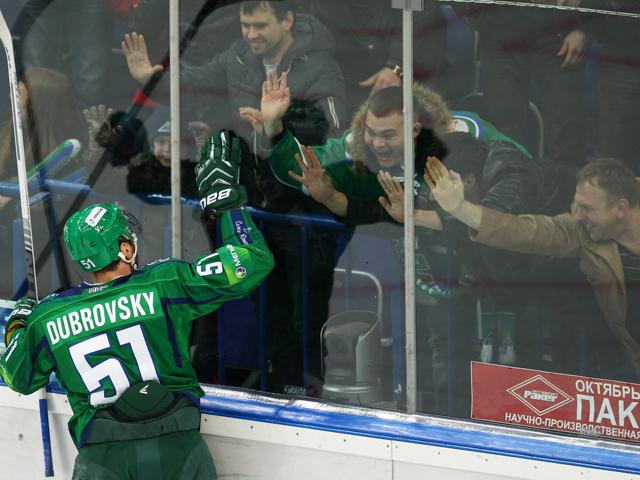