For just over 50 minutes, this was a Sergei Mozyakin master-class before Sibir hit back dramatically to tie the game and force overtime.

But there was no stopping the play-off’s leading point-scorer as he took his tally to 13 in six games by firing home the game-winning goal and claiming an outright lead in the scoring race.

In a reversal of the usual pattern, Mozyakin fired home a Jan Kovar pass – helped by an unfortunate collision which cost Sibir goalie Mikko Koskinen his balance and his stick as the shot flew in. But victory was no more than Mozyakin deserved after another captain’s performance.

Earlier, two assists on the night lifted Mozyakin to 12 points in the play-offs, making him the leading post-season scorer, and his second, right at the start of the third session, was another beauty. The move began at the other end of the ice, with Mozyakin helping his team recover after a pad save from Vasily Koshechkin. From deep in his own zone, the forward surged to the other end, swiveled on the face-off spot and placed a sublime instinctive pass right on to the stick of the on-rushing Danis Zaripov. With a single motion Zaripov fired home for a true highlight-reel goal.

In fairness, Mozyakin’s earlier assist, threading an eye-of-the-needle pass to Kovar on the slot, would rank among the highlights of most series – but tonight it wasn’t even the best moment of the game.

The game itself proved more memorable for Sibir’s stirring recovery in the latter stages. Trailling 0-2 as the clock ticked into the final 10 minutes, few outside of the Novosibirsk faithful would have given the team any chance of escaping defeat – but 108 crazy seconds changed all that.

First Konstantin Alexeyev, one of the most effective unsung heroes of this year’s play-offs, let fly from a little way inside the blue line and halved the deficit on 51:03. Then his fellow defenseman Ivan Lekomtsev collected a Jonas Enlund pass and took his time before beating Koshechkin from a tight angle. That was as good is it got for Sibir, though, as Mozyakin was in no mood to be denied. 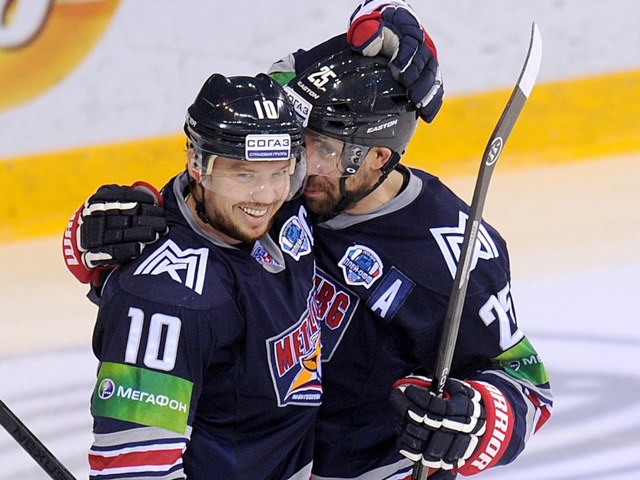 Nikita Filatov’s first play-off goal of the season gave Salavat Yulaev an overtime win in Astana and handed the visitor the early initiative in this series.

Much of the work was done by Teemu Hartikainen, who jinked along the goal line and tested Vitaly Yeremeyev with a shot that proved too hot to hold. Filatov, who had kick-started the counter-attack, was there to force the puck home from the slot and secure the win.

For Barys, which swept Avtomobilist in round one, it was a first loss in this post-season – but defeat could have arrived even earlier had it not been for a late equalizer from Nik Antropov. He tied the game at 2-2 in the 57th minute, tipping home a Maxim Semyonov shot from the blue line after the Salavat defense relaxed too soon following a clearance up the ice.

That wiped out the lead that Alexei Kaigorodov’s first play-off goal of the season had given the Ufa team and took us into overtime – familiar territory for Barys on home ice in these play-offs. But while two home games against Avto had ended in overtime victories, there was to be no ‘third time lucky’ for the Kazakh club. 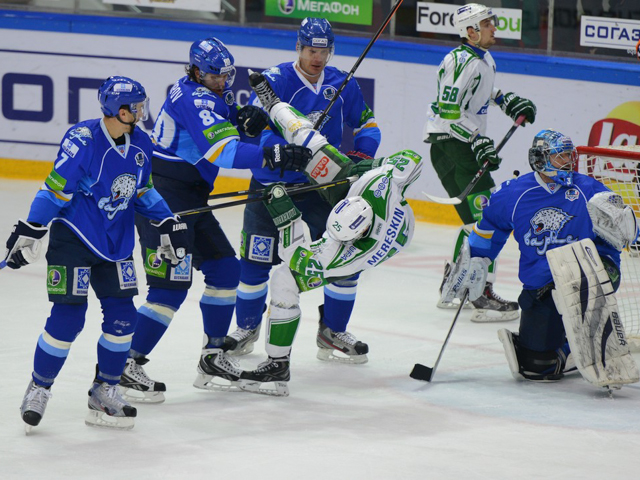