Sergei Mozyakin’s first goal of the play-offs snapped a 3-3 tie and gave Metallurg the win that puts it into the second round.

Mozyakin, who had already racked up three assists in the game to take his tally to nine for the series, settled the outcome in the fourth minute of overtime. He picked up a Danis Zaripov pass, surged over the blue line and halted between the hatchings to pick his spot below Evgeny Ivannikov’s right-hand angle.

It was fitting that Mozyakin got the decisive goal in a series where he has been the architect of much of Magnitka’s most dangerous play. His 10-point haul from these five games was matched by line-mate Jan Kovar (5+5), who added two more goals to his tally this evening. Zaripov also found the net to open the scoring back in the first period.

But while the 27 points that trio has shared ultimately determined the destiny of this first-round encounter, Admiral also brought plenty of fight to a contest which many assumed was a foregone conclusion. The teams had already embarked on five periods of overtime in the previous two games in Vladivostok and Game 5 was destined to go beyond 60 minutes as well. Former Metallurg forward Justin Hodgman tied the scores at 3-3 in the 57th minute, completing a strong recovery from the visitor, which had trailed 0-2 early in the second.

Metallurg returns to action on March 21 with a home tie to start the Conference semi-final. The opponent is not yet known. 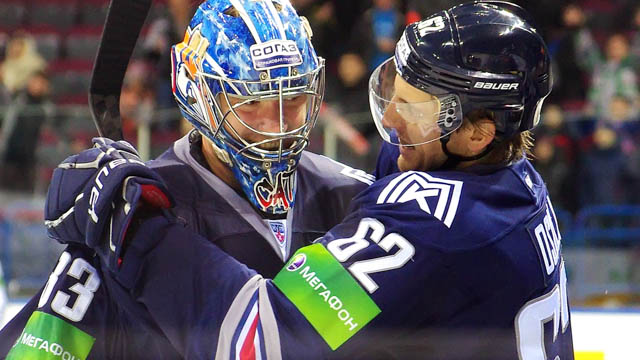 Sibir has proved a more resilient opponent than expected for Ak Bars, and the team from Novosibirsk once again silenced the Kazan crowd with a battling victory.

A solitary goal midway through the third period settled the outcome, with Oleg Gubin capitalizing on hesitant defense to score from the rebound after Emil Garipov had blocked Sergei Shumakov’s shot from the point.

That was good enough to lift Sibir to 3-2 in the series, and Dmitry Kvartalnov’s team now has the chance to wrap up a shock success on home ice on Sunday. Much of that stems from goalie Mikko Koskinen, whose 29 saves earned a vital shut-out.

The game was a stark contrast to the two played in Siberia earlier this week, where the teams traded 17 goals as they shared two high-scoring victories. As Sibir’s forward Jonas Enlund observed, Ak Bars changed to a more cautious style, looking to wear its opponent down and sneak a low-scoring win. Not even Mikhail Varnakov, a goal-scorer in every previous game this series, could find a way through.

Instead the slender success went the other way – and Ak Bars now faces the prospect of a first ever defeat in the first round of a KHL play-off. 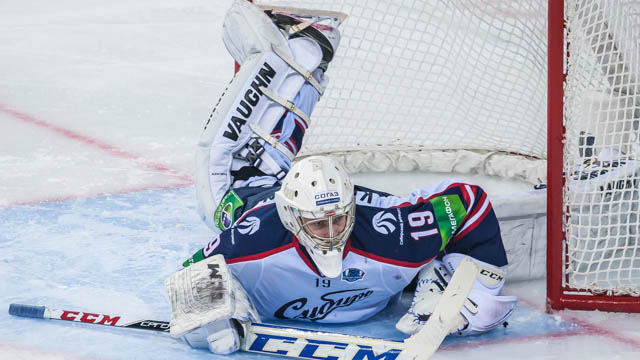 Salavat Yulaev edged in front in this series after recording the first home win between these teams so far. But it was a game which owed much to special teams, with five of the six goals coming on the power play.

For a time it seemed that the home ice curse might continue: after the teams had traded first period goals from Yegor Dubrovsky and Wojtek Wolski – the latter exploiting a 5v3 advantage – Sakari Salminen put Torpedo in front just 16 seconds into the middle session.

But penalties continued to shape the outcome: Alexei Potapov was sin-binned, and it took just 13 seconds for Nikita Shchitov to tie the scores. Then Dubrovsky got his second, deciding the outcome of the game when he cut along the red line and created space to sweep a shot inside the near post.

With Torpedo chasing the game, Antti Pihlstrom removed any doubt about the outcome when he scored into an empty net in the 59th minute – the first goal of the game scored at equal strength.

The teams meet again in Nizhny Novgorod on Sunday, with Torpedo needing to get its first home win of the series if it is to stay in the competition. 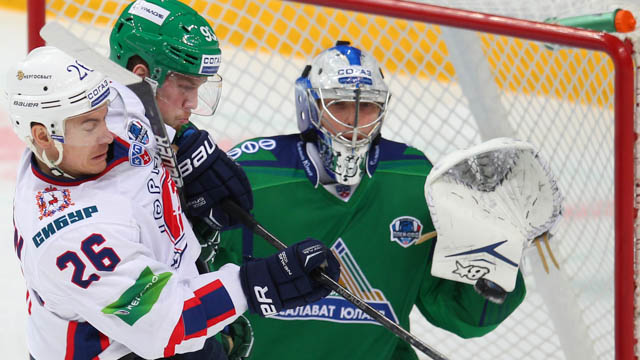