Another game went deep into a third period of overtime before Danis Zaripov finally won it for Magnitka on 116:35.

It was another triumph for Metallurg’s top line: Sergei Mozyakin found Jan Kovar behind the goal, and his pass picked out Zaripov for a close-range finish to take his team back to Magnitogorsk with a commanding advantage in the series.

Admiral, however, came with seconds of tying the series in regulation time. The Vladivostok team led 2-1 until 58:21 when Kovar struck after a powerful rush by Mozyakin, forcing overtime with just 99 seconds left to play.

Earlier Francis Pare gave Magnitka the lead late in the first period, but Mike Commodore equalized in the second and Ilya Zubov got his third goal in two games to put Admiral in front.

The game outlasted yesterday’s encounter between Torpedo and Salavat Yulaev to become the second-longest game in KHL history. 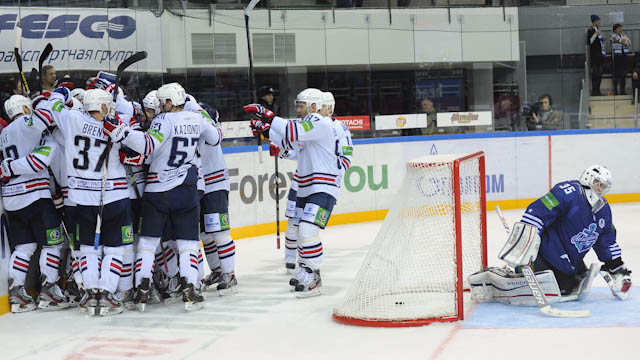 Barys completed its first ever series victory, wrapping up a sweep of Avtomobilist to become the first team to reach the Eastern Conference semi-finals.

Konstantin Romanov got the vital goal, claiming the game-winner for the second night in a row with a close-range finish off a Talgat Zhailauov pass after Avto turned over the puck on the edge of the Barys zone.

Earlier Roman Savchenko had put Barys in front with his second of the series, but Avto has never been far behind in any of these games and the ever-reliable Fyodor Malykhin pulled one back late in the second on a power play.

The Yekaterinburg team battled hard to tie it up in the third, outshooting Barys 10-5, but could not find a second goal. Barys, meanwhile, came close to getting a third when the puck bounced off the post off the empty net in the last minute. 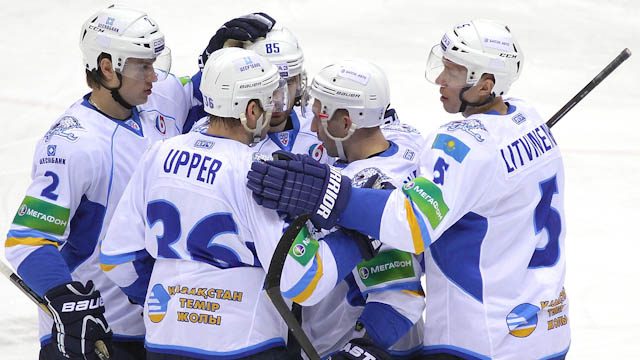 After Tuesday’s heavy defeat, Ak Bars hit back powerfully to tie the series with a high-scoring win of its own.

The first period was a cagey affair, but once the visitor got in front through birthday boy Ilya Nikulin just 40 seconds after the restart, the whole character of the game was transformed. Mikhail Varnakov kept up his record of scoring in every play-off game so far to make it 2-0 and Janne Pesonen further stretched that advantage before Jarno Koskiranta pulled one back for Sibir in the 40th minute.

For a time in the final session it seemed that Ak Bars might produce a mirror image of the 7-1 drubbing it endured yesterday: Nikolai Belov, Shaun Heshka and Tomas Vincour took the lead out to 6-1. A late rally saw Jonas Enlund – he of yesterday’s game-winning hat-trick – and Ivan Lekomtsev reduce the deficit, but a series which most expected to be routine for Ak Bars looks like it might go the full distance. Battle continues in Kazan on Friday. 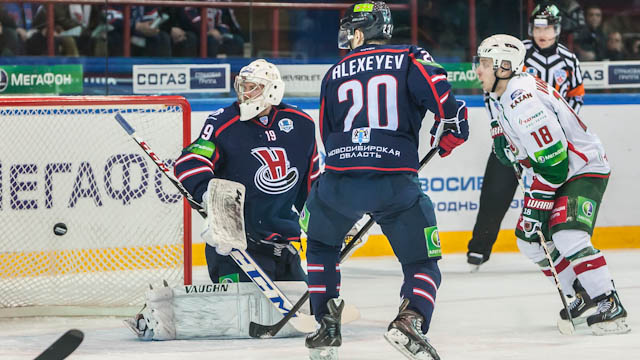 Home advantage means little in this series, with Salavat Yulaev picking up two road wins in Nizhny Novgorod to tie the scores at 2-2.

The outcome hinged on three-and-a-half minutes at the end of the second period when Salavat scored three goals in quick succession to overturn a 0-1 deficit and take charge of the game. Ivan Vishnevsky’s power play goal cancelled out Vladimir Galuzin’s opener, then two strikes in the space of a minute saw the reliable Igor Mirnov and Arturs Kulda open up a 3-1 lead before the final stanza.

Torpedo responded by replacing the goalie, with Georgy Gelashvili taking over from Ivan Kasutin, but he was already off the ice when Jarkko Imonen made it 2-3 in the 58th minute. But there was to be no heroic recovery: an empty net goal from Yegor Dubrovsky completed the scoring and took the series back to Ufa with nothing to separate the teams. 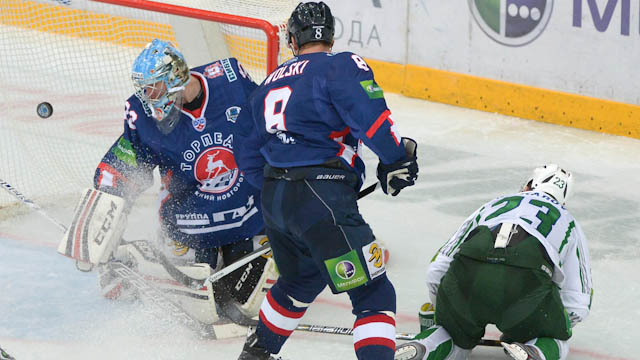