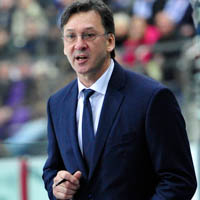 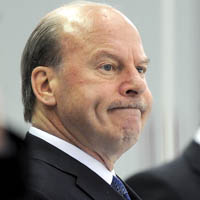 (1) Metallurg Magnitogorsk vs (8) Admiral Vladivostok
Iron Mike Keenan (left) has done a great job thus far in Magnitogorsk. His top line forwards – Sergei Mozyakin, Jan Kovar and Danis Zaripov – have blazed a goal-scoring trail which has yielded an impressive 205 points between them. The trio is also way out in front on the plus/minus scoring for the regular season. In goal Vitaly Koshechkin has a 94% save ratio and his nine shut outs top the league this term. The numbers all suggest that Keenan is in with a great shout of becoming the first North American to coach a team to Russia’s top hockey prize.

Admiral, meanwhile, has already achieved its most demanding task for its debut season by reaching the play-offs. Any hopes of progress from here will depend on finding a way to neutralize that swashbuckling first line – Keenan’s most consistent grumble this term has been the lack of points from the rest of the roster – and seize opportunities for the likes of Felix Schutz to maintain his strong recent form. A carnival atmosphere at the Fetisov Arena might also give Sergei Svetlov (right) and his men a lift, but it’s hard to see the league newcomers sinking Magnitka’s hopes at this stage. 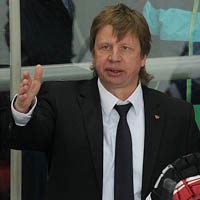 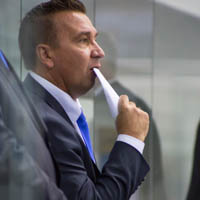 (2) Barys Astana vs (7) Avtomobilist Yekaterinburg
Like Magnitka, Barys has relied on a powerful scoring show from its top line. Indeed, the league’s top five point-scorers this season all represent the top two teams from the East. That’s been the difference in something of a break-out season for the Kazakh team; with Brandon Bochenski, Nigel Dawes and Dustin Boyd piling on the points, Barys has produced a best-ever finish in the East and is primed to make serious play-off progress for the first time. It’s also a tribute to Finnish coach Ari-Pekka Selin (left), a relatively unheralded summer arrival who has turned the team into a far more consistent force.

However, Avtomobilist has also improved enormously this season. Despite having a tight budget, head coach Anatoly Yemelin (right) has shrewdly built a roster which has made Yekaterinburg a tougher destination than in recent years. Fyodor Malykhin’s goals have been crucial, but the presence of Finnish Olympic bronze-medalist Sami Lepisto in defense and impressive young Czech goalie Jakub Kovar have done much to shore up a once leaky back line.

With Barys stuttering a little at the end of the regular season – including a 6-2 thrashing at Avtomobilist at the end of January – this series might be closer than it would appear at first sight. 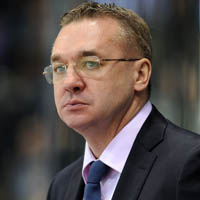 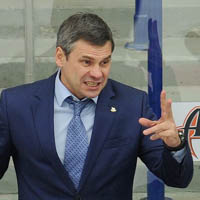 (3) Ak Bars Kazan vs (6) Sibir Novosibirsk
There’s little that Ak Bars doesn’t know about a successful play-off campaign, and Thursday’s news that Zinetula Bilyaletdinov is back at the club as GM following his departure from the national team merely adds to the experience on offer in Kazan. He’s back at a club which has made defense its watchword this season and been rewarded with best-in-league figures from goalie Emil Garipov (1.43 GAA, 95.2% saves) and a trio of high-scoring blue-liners in the form of Shaun Heshka, Ilya Nikulin and Evgeny Medvedev.

If there’s a weakness to be found with Valery Belov’s (right) team it’s likely to be on offense, where nobody has so far delivered truly arresting numbers. If Sibir’s likable Finn Jori Lehtera can hit top form he might be able to expose a certain lack of firepower in the opposition, but it’s not easy to see how Dmitry Kvartalnov (left) can make Sibir improve on last season’s battling first-round exit against Traktor. 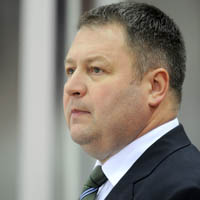 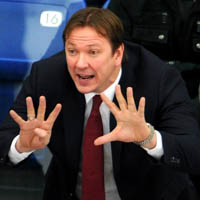 (4) Salavat Yulaev Ufa vs (5) Torpedo Nizhny Novgorod
There’s been little to separate these two all season – the teams both finished on 94 points, with Salavat sneaking the higher finish on the final day of the campaign. Their two encounters both went to overtime – although the Vladimir Yurzinov Jr. (right) men did claim victory on both occasions – and a close-fought series seems to be in prospect.

That could ramp up the pressure on Salavat’s teenage goalie Andrei Vasilevsky, but pressure is something he has thrived on since achieving a shut-out in his KHL debut against Dynamo Moscow last season. He’s – just – edged the first choice goalie’s duties this season ahead of Alexei Volkov and looks likely to get his first taste of post-season action this time round.

For Peteris Skudra’s (left) Torpedo, playing in the Eastern Conference for the first time, scoring hopes rest on Finnish pair Sakari Salminen and Jarkko Immonen, both drafted into the Olympic roster as injuries cut a swathe through the Nordic nation’s offense. There’s also a boost in the form of goalie Georgy Gelashvili’s return to first team action in late February after missing the start of 2014 through injury.