Sochi’s ice palace hosted a day of open training sessions from the men’s hockey rosters on Monday, and eleven of the twelve competing nations, all except Austria, were put through their paces by their coaching staff. The Czechs were especially energetic, putting in a double shift.

With less than two days to go before their opening face-off, the Russians had assembled their strongest squad since the previous Winter Games (with the possible exception of the 2012 First Channel Cup), and with the morning arrival of Dallas forward Valery Nichushkin they now had the full complement of NHL players. The young prodigy had not even had time to dress for the occasion, but as the training shift began with the obligatory photo session, his bosses deemed it wise to give Valery time to swap his shorts and t-shirt for the official garb, lest he spoil the historic picture. 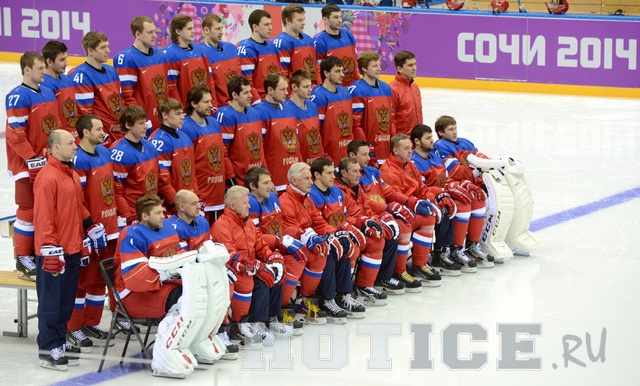 Glancing at that team photo, it is the goalies who catch the eye. The first and second choices, Semyon Varlamov and Sergei Bobrovsky, have front-row prominence among the Red Machine’s famous attacking stars, but it was Alexander Yeryomenko, third pick and pictured in the third row, who was wearing the broadest smile of anyone in Sochi, or even the world, as he mingled in the mixed zone with the assembled journalists.

The team then donned red or white vests and got on with some light but absorbing training, practicing one-on-one breaks, shooting from middle distance, trapping the puck from an airborne pass, two-on-ones, and then some three-on-two formations which drew some questions from the watching press pack. An offensive troika in red of Ovechkin – Malkin – Syomin alternated with another comprising Kovalchuk and Radulov flanking … Svitov. No sooner had the shutter clicked for the team photograph than Pavel Datsyuk had headed straight back to the locker room, reportedly on the advice of the Team Russia medics. “We’re just giving Pavel a chance to rest after a long flight,” said head coach Zinetula Bilyaletdinov on the captain’s absence. 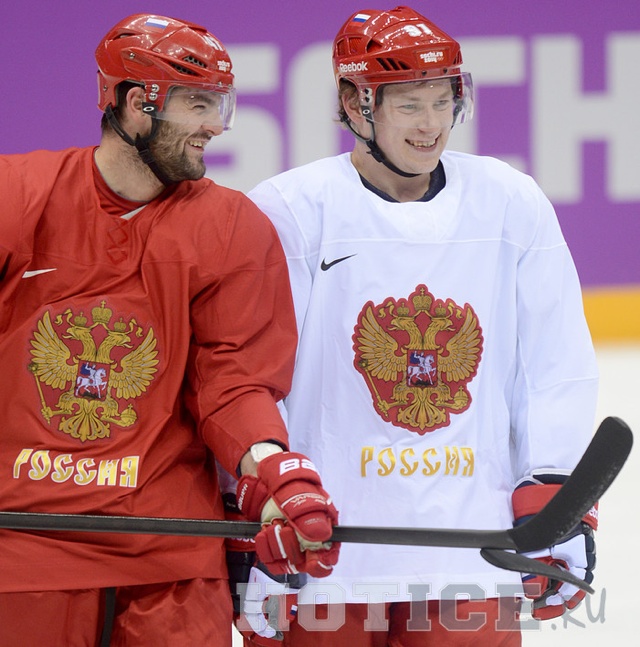 After the training, the players faced the unenviable ordeal of negotiating the babbling torrent of correspondents, who seem to have divided into three distinct camps: Russian-speaking, North American, and other English-speakers. The players dutifully stopped and answered the various questions, but with an understandable and tangible reluctance, well aware that every hockey fan could recite in his sleep the polite, pre-tournament platitudes. Far more interesting than the elicited answers was the phenomenon of practically the entire horde of North American media surrounding Alexander Ovechkin, bombarding him with a 15-minute barrage of questions, and all apparently oblivious to the presence of Team Canada General Manager Steve Yzerman. Ovechkin was eventually rescued by Bilyaletdinov, who emerged from the dressing room and playfully inquired, “Have you told them everything yet? Any time left for me?” 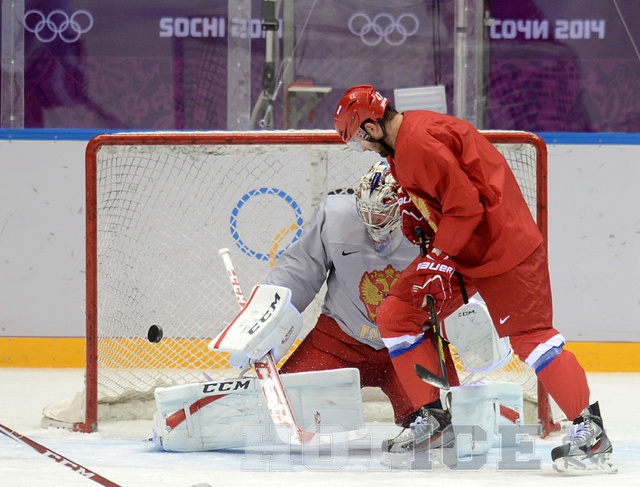 Yzerman, speaking with several Canadians and one Russian reporter, appeared extremely focused and he deftly avoided any sensitive topics. He mentioned that Team Canada’s players must learn to cope with the larger European playing surface and the unfamiliar ice time: 10 or 11 minutes for the offense, who are used to getting twice as much action at their clubs. When asked about the responsibility on the shoulders of his team, he said that anything other than outright victory would be deemed a failure, so it seems the Canadians are under similar pressure to that of the host nation. “It is unfair to the other athletes. We want to win, but we respect our opponents and we do not see ourselves as superior.”

He then paid tribute to the quality of the Russians, while reminding all that it is too early to think about playing against them. He then deflected a number of hostile questions from his compatriots about Martin St. Louis, who missed the previous two Olympics and would have been overlooked for the Sochi games were it not for an injury to his Tampa Bay teammate, Steven Stamkos.

Perhaps the most illuminating of Yzerman’s musings was this comment on his team’s motivation levels: “I was never in any doubt of the need for NHL players to compete in the Olympics. It is a worldwide celebration for everyone on the planet, a contest between the best hockey players in the world. It promotes hockey as a sport and this reflects directly on the National Hockey League. And I reject claims that Canadians are only interested in the Olympics when they are playing at home. Yes, we won in the U.S.A. in 2002 and Canada in 2010, but we also had great opportunities to capture the gold in Turin and Nagano, especially in Nagano, where we had a really strong team and could have gone all the way, but we lost to the Czechs in a shootout.” 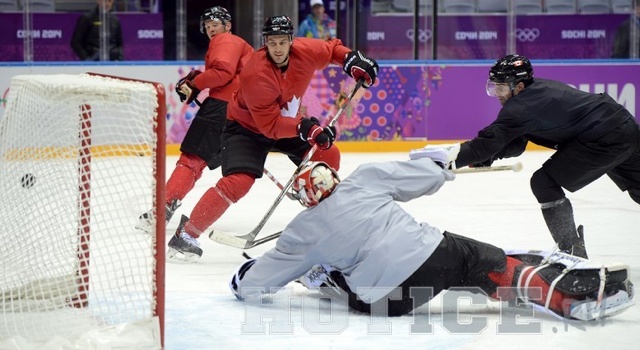 The Canadians were a little late in taking to the ice. Living three to a room in the Olympic village (in contrast to their Russian counterparts, who each have their own room), they decided to stretch their legs immediately on arrival, and their training session was far more intensive, honing their tactics on power plays with frequent shift changes, penalty shots, passing from the corners to two-on-one situations, and all at an impressively high tempo.