But Alexei Tsvetkov tied it up late in the second period, and Leo Komarov’s power play goal proved sufficient to give Dynamo the verdict as Lev’s push to tie the game was undone by penalty troubles. 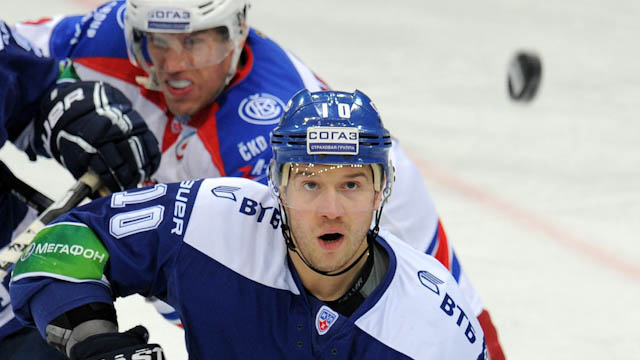 Barys bounces back, Avangard is anxious
Barys returned to winning ways, but an overtime win at Avangard leaves the Omsk team’s play-off hopes on a knife-edge.

Following four defeats Barys was relieved to prevail here after a 4-4 tie, but after leading three times in regulation the Kazakh team may be disappointed not to have claimed all three points. In the event Konstantin Rudenko’s second of the night, 44 seconds into overtime, finally settled the affair. Earlier Brandon Bochenski also scored twice for Barys, while Dmitry Kalinin’s 50th-minute equalizer forced the game into extras.

Avangard now faces a difficult path to a play-off place: it has just four games left, all of them on the road. The pressure is on if Milos Riha’s team is to bring play-off hockey to Arena Omsk this year.

Dark horse Ugra joins the play-off battle
Ugra may yet prove to be the main beneficiary of Avangard’s stumble. In a clash of two in-form teams, the Khanty-Mansiysk outfit won in a shoot-out at Avtomobilist to move to within four points of eighth-placed Traktor.

Ugra clawed back a 0-2 deficit in the final period, with Radek Smolenak and Ilari Melart cancelling out earlier markers from Alexei Simakov and Fyodor Malykhin. Then in the shoot-out Nikita Gusev got the decisive goal.

Victory rekindles Ugra’s hopes of a post-season campaign – something which seemed unlikely after a poor run of form back in the fall.

Around the league
CSKA missed the chance to secure its play-off spot, falling to a 3-1 defeat at Torpedo. Victory would have confirmed a top-eight finish for the Army Men, but goals fromVyacheslav Kulyomin and Juuso Hietanen shot Torpedo to the win. 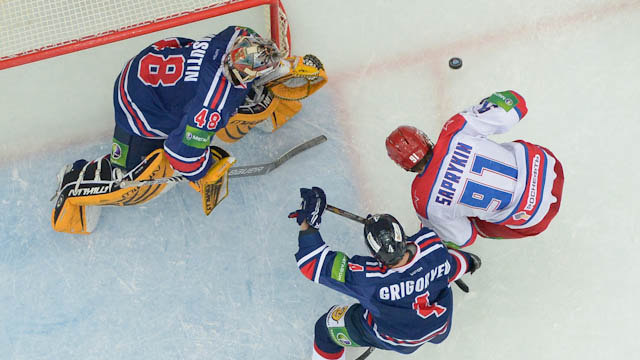 Dinamo Riga followed up its win in Moscow by battling to a shoot-out success at Ak Bars. Aleksandrs Nizivijs settled the outcome after a 2-2 tie. Earlier Ilya Nikulin had a goal and an assist as Ak Bars took a 2-0 lead, but Krisjanis Redlihs and Miks Indrasis brought Dinamo level.

A flawless shoot-out show saw Slovan win 2-1 at Vityaz in the meeting of two Western Conference outsiders. Earlier Martin Bakos put Slovan in front before Ivan Ivanov tied it up in the 46th minute. 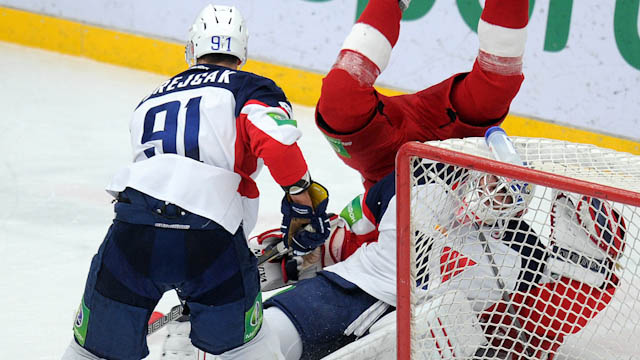