Clashes between Dynamo and CSKA are invariably hard-fought affairs, and with CSKA traveling to its Moscow rival in need of points to secure a top-four finish in the West there was no doubt that tonight’s would continue that tradition.

And so it proved: both teams produced some high-quality, committed hockey, combining rigid defense with plenty of endeavour going forwards – and a rousing finale as Dynamo once again proved its resilience to claw back a losing position and force overtime before handing CSKA its first shoot-out defeat of the season.

Further grit was needed to play almost two minutes of the extras with a man in the sinbin, with CSKA pushing hard while Dominik Granak sat out a tripping minor. That penalty set the tone for whole five minutes: even at full strength Dynamo could do little more than absorb CSKA attacks and wait for the shoot-out.

Here too the quality was maintained; Leo Komarov’s powerful finish finally settled matters, but only after goalies Alexander Sharychenkov and Jeff Glass had both made good saves – continuing their impressive performances from regulation. 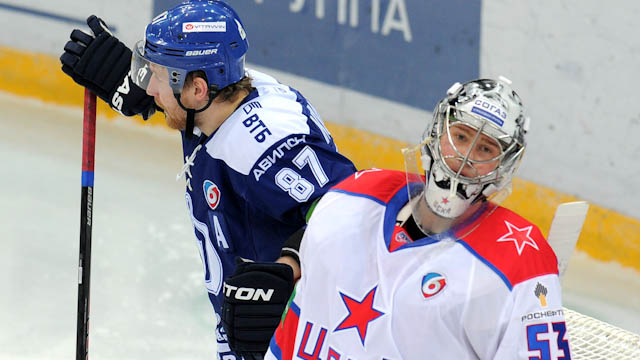 Back in regulation the third period was the first time a big Luzhniki crowd saw the home team really get on top of a generally even game as Dynamo stepped up to try to cancel out Alexander Frolov’s goal that separated the teams. The screw steadily turned tighter and tighter – CSKA was outshot 13-3 as the Blue-and-Whites steadily strangled any offensive intent from the visitor – until Glass was finally beaten by a superb combination. Maxim Solovyov led a counter-attack, Maxim Karpov got forward to slip the puck into the danger zone and Martins Karsums finally got a clear shot at Glass to level the scores.

It was a quality goal, as was CSKA’s opener early in the second. Again, swift transition play was crucial as Vladimir Zharkov cleared his lines with a defense-splitting pass to set Frolov through on Sharychenkov. The duel went the forward’s way, firing through the five-hole to open the scoring. Sharychenkov produced several good saves to deny Nikolai Prokhorkin – a hat-trick hero for CSKA when the teams last met – while both goalies were saved by the piping during the game.

Petruzalek hands Ak Bars victory
Ak Bars had two relative newcomers to thank for a shoot-out win at home to Slovan. Jakub Petruzalek, whose transfer in January last year saw him go on to win the Gagarin Cup with Dynamo, delivered victory for his new team here in the shoot-out following a 1-1 tie.

The Czech also made an impact in regulation, getting the assist on fellow newboy Yegor Milovzorov’s eighth-minute opener. Slovan struck back in the second period through Miroslav Satan, but the shoot-out went the way of the Kazan team which recorded its first ever win over Slovan at the fourth attempt in the KHL. 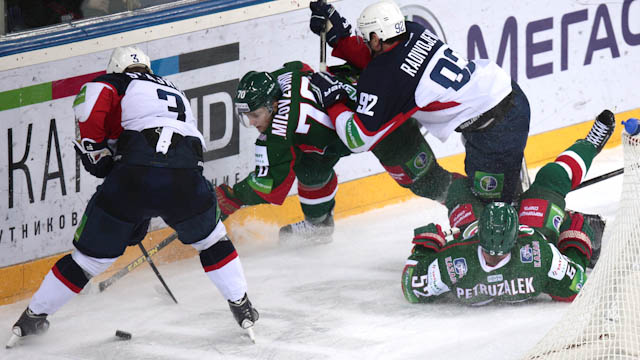 Around the league
Wednesday’s other games saw comfortable home wins for Torpedo and Vityaz against teams pushing for a high finish in the West. Torpedo won 5-2 at home to Lev, aided by two goals from Evgeny Skachkov. 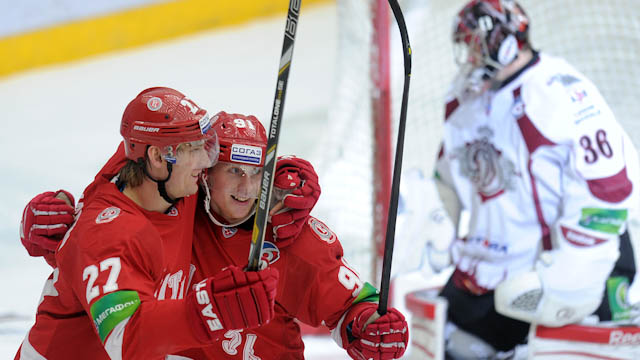