Lev delivered a crushing victory in its derby game with Slovan, cruising to a 7-0 verdict and delivering an early Christmas present to a delirious home crowd.

It was a night when everything went right for the Prague team – even when reduced to three players Lev still managed to score its first short-handed goal of the season as Slovan’s powerplay was caught napping by a swift turnover. Petr Vrana proved to be the beneficiary on that occasion.

Jiri Novotny led the scoring, getting two goals either side of the first interval, while Jiri Sekac got things started with the opener after just 60 seconds. Shellshocked Slovan struggled to get shots on goal at the other end, and the scoreline continued to mount up against the visitor from Bratislava. 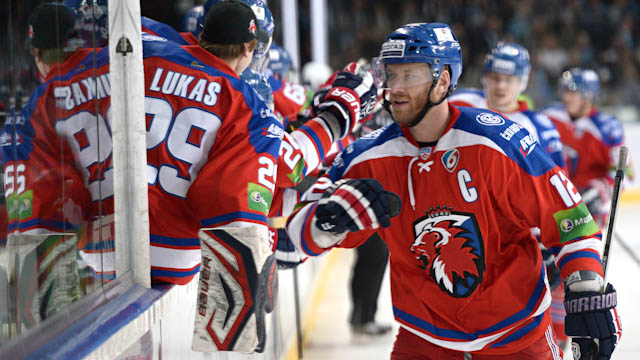 In Sunday’s other game two goals early in the second period set Donbass on the way to a 3-1 win at home to Dinamo Minsk. The visitor had taken the lead late in the first session through Alexei Kalyuzhny, but Vaclav Nedorost tied it up on 20:47 following a misplaced pass in the Dinamo zone. Yury Silnitsky put the home team ahead in the 24th minute.

Dinamo battled hard to get back into the game, but Lukas Kaspar made the points safe for Donbass with a 54th-minute powerplay goal.