Dinamo Riga is perhaps the Western Conference's most improved team of the season, and the Latvians served notice of their aspirations for a serious run in the play-offs with a home win over SKA.

A bright start saw the hosts open up a 4-0 lead by the midway mark - Kyle Wilson's quality earned him two assists, while young Juris Upitis got his first of the season. But SKA hit back hard, making it 4-2 by the end of the second period and twice dragging it back to a one-goal game. Ilya Kovalchuk was in sublime form, getting two assists before scoring himself to make it 4-5 with six minutes to play. Home nerves were jangling, but Miks Indrasis scored his second of the night into an empty net to seal the game for Dinamo. 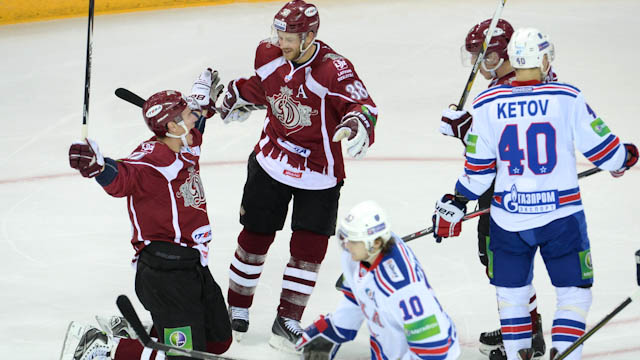 Zherdev's double can't save Severstal
Nikolai Zherdev finally scored his first goal of the season - but even adding a second could not save Severstal from defeat at CSKA. Zherdev twice put his team ahead, but the Army Men found the answer on both occasions, and skated to a 3-2 win thanks to Nikita Zaitsev's game-winner late in the second. 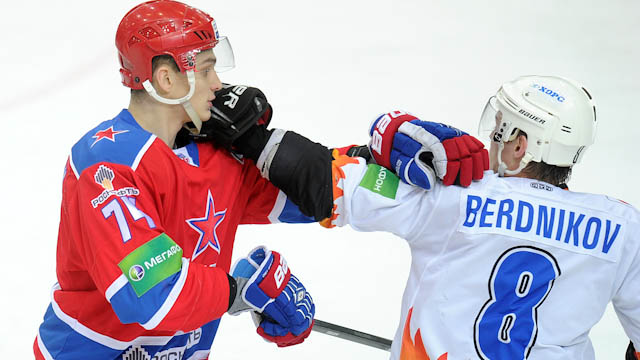 Slovan inspired by Satan
Miroslav Satan inspired Slovan to a comeback 5-3 win at home to Lokomotiv. The legendary Slovak international scored twice to claw back a 0-2 deficit and tip the momentum in favor of the Bratislava team.

Loko did recover to get in front once more through Sergei Plotnikov, but the third period saw Slovan take control. Two goals in 90 seconds from Marko Dano and Mario Bliznak turned the game around and Andrej Stastny increased the advantage in the 53rd minute.

Around the league
Sergei Yemelin got the overtime winner as Metallurg Novokuznetsk beat Spartak. Raymond Giroux had given the home team an early lead, but Denis Bodrov pulled Spartak level in the second period.

Donbass wasted no team in taking control of its game at Sibir. Peter Podhradsky opened the scoring after 72 seconds and it was 3-0 inside 12 minutes thanks to further goals from Ruslan Fedotenko and Randy Robitaille. Jonas Enlund scored twice in the second period to reduce the deficit, but it finished 2-3. 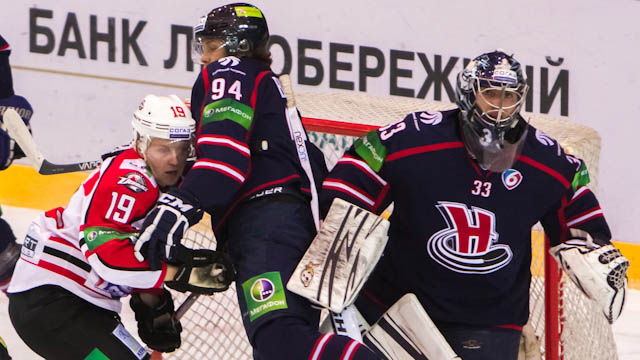 Niclas Bergfors spared Admiral's blushes when he got the shoot-out winner over Dinamo Minsk. The Vladivostok team had earlier let slip the 2-0 lead it opened up in the first period, tying 2-2 in regulation.

Amur left it late to salvage its game at home to Medvescak. Trailing 2-3 to Ryan Vesce's goal, Dmitry Tarasov tied it up on 58:31. Timofei Shishkanov then gave the hosts a shoot-out victory.