It was a good day for visiting teams in the KHL, with four out of five games going against the hosts. The most surprising result saw struggling Avangard win in a shoot-out at Metallurg Magnitogorsk, while the only home win came in Ufa where Salavat Yulaev defeated Ugra in overtime.

Avangard makes hard work of win
Magnitka and Avangard have had contrasting seasons so far. The two traditional powerhouses find themselves at opposite ends of the table, with Metallurg’s free-scoring style showing up strongly while Avangard has struggled at both ends of the ice. On the night, though, there was little to choose between them. Anton Kuryanov finally settled the shoot-out in the visitor’s favor following a 2-2 tie, but not for the first time Avangard was left ruing a wasted chance for a regulation time win.

The Siberians took control in the second period, breaking the deadlock through Maxim Kazakov and doubling that advantage in the 40th minute thanks to Maxim Goncharov. But Sergei Mozyakin showed why he’s the KHL’s top scorer, pulling one back in the 47th minute and getting an assist as Viktor Antipin’s powerplay goal tied it up with 10 to play. Neither side could force a winner, though, and it went to the shoot-out. 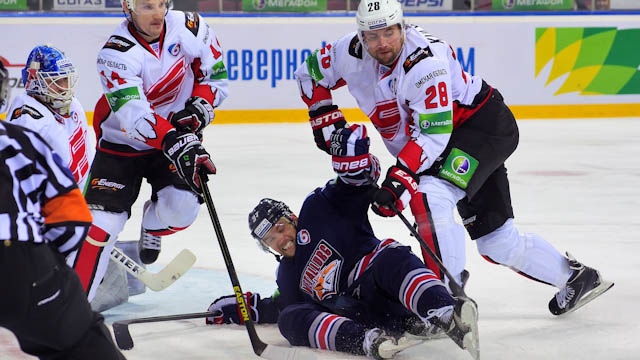 Barys gets the Upper hand
Veteran Barys captain Dmitry Upper led his team to a comprehensive 4-0 win at Traktor, underlining the shift in the balance of power in this season’s Eastern Conference. Upper opened the scoring in the ninth minute and got the assist as Roman Starchenko doubled the lead early in the second. Any hopes of a recovery for last season’s Gagarin Cup runner-up were extinguished late in the same session as Nigel Dawes and Mikhail Pashnin stretched the lead. Ari Ahonen made 24 saves. 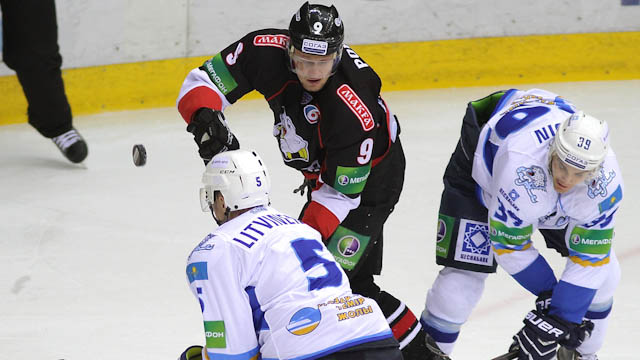 Around the league
Two goals either side of midway took Ak Bars to a 3-2 win at Vityaz. Alexander Burmistrov scored in the 30th minute and Kirill Petrov’s short-handed goal made it 3-1 in 33rd, giving the home side too much to do in the closing stages despite Airat Ziazov reducing the deficit with 10 minutes to go. 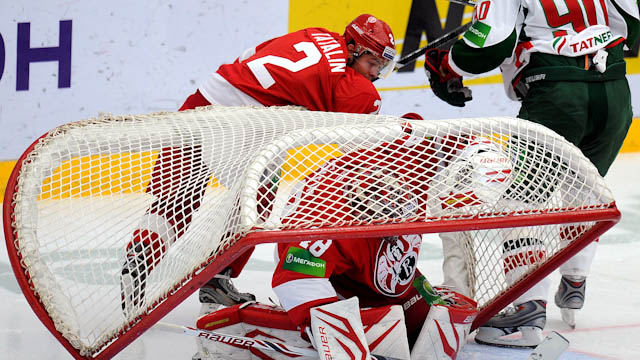 Today’s ‘odd one out’ was Salavat Yulaev’s 3-2 home win over Ugra. A last-gasp equalizer from Veli-Matti Savinainen denied the home team a regulation win with just 14 seconds left to play, but the points still stayed in Ufa thanks to Kirill Koltsov’s goal two minutes into overtime.

Avtomobilist staged a second-period fightback to sink Neftekhimik 3-2. Pavel Kulikov scored twice in the opening session to put the home team in command, but Fyodor Malykhin, Andre Deveaux and Ilya Arkalov turned the game on its head in the second.