The big clash in the Eastern Conference went the way of Barys – but it took a shoot-out to separate the teams after a dramatic finish in Magnitogorsk.

Metallurg snatched an equalizer with just eight seconds to play, Jan Kovar scoring off a Sergei Mozyakin pass to make it 3-3. Mozyakin then wasted a glorious chance to win it in overtime, seeing his penalty shot stopped by former team-mate Ari Ahonen. Ahonen was also in top form in the shoot-out, denying  Kovar, Chris Lee and Tim Brent, who had scored twice in regulation.

That left Roman Starchenko to complete the scoring which had earlier been shared among Barys’ dangerous North American troika of Dustin Boyd, Nigel Dawes and Brandon Bochenski. 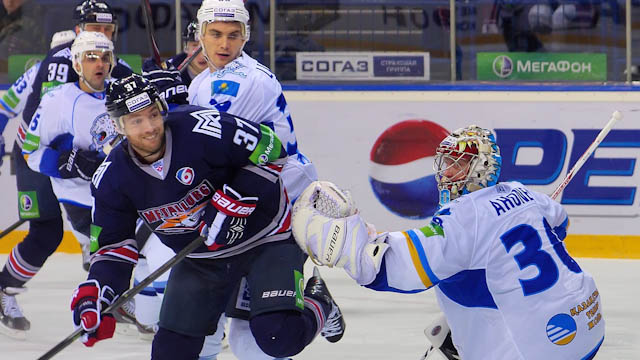 A family affair
The Kostitsyn brothers shared three assists between them as they came face-to-face in Chelyabinsk – but it was Avangard’s Sergei who won the family argument.

His pass set up Sergei Kalinin, who broke a 1-1 tie with just 75 seconds left to play and gave the Omsk team victory.

Earlier Sergei Kostitsyn was involved in Denis Kulyash’s opener, but brother Andrei helped Maxim Kondratyev tie it up on the powerplay late in the second stanza. 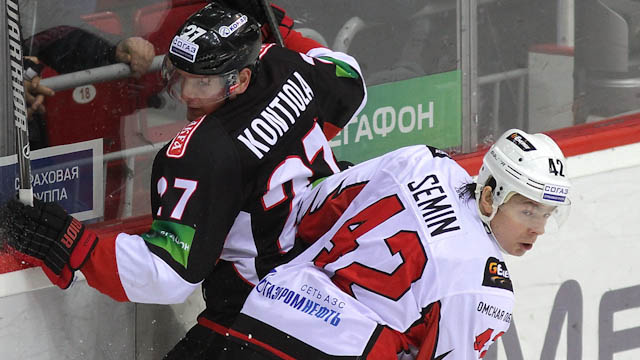 Around the league
Atlant sprung a surprise in the only game to affect the Western Conference, winning 2-1 at Dinamo Riga. The improving Moscow Region team opened up a 2-0 lead midway through the first period thanks to Ilya Kablukov and Konstantin Koltsov. Dinamo pulled one back through Paul Szczechura on a delayed penalty, but couldn’t force an equalizer.

Ugra’s poor form continued with a 0-4 reverse at Neftekhimik. The visitor was 2-0 down inside three minutes, thanks to goals from Pavel Kulikov and the first of Maxim Rybin’s two goals on the night. Alexander Sudnitsin made 34 saves.

Avtomobilist beat Salavat Yulaev for the second time this season, winning 3-1 in Ufa. Eduard Lewandowski and Fyodor Malykhin scored twice in 89 seconds during the third period to extinguish the home team’s hopes. 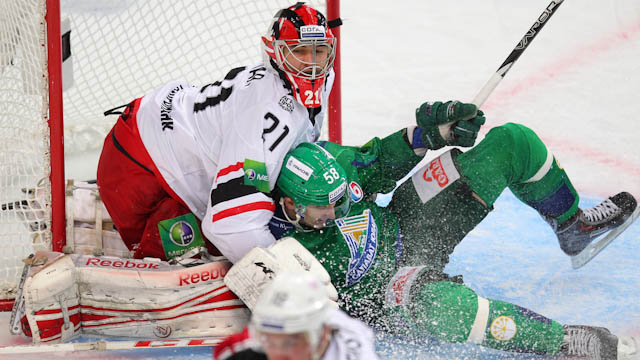