SKA bounced back from Thursday’s defeat to win 2-1 at Atlant. In an even game, both sides managed 22 shots on target – but Viktor Tikhonov’s effort early in the final session proved to be decisive. His wrist shot off an Ilya Kovalchuk pass flashed under the bar to settle the outcome.

Earlier SKA had taken the lead through Alexander Kucheryavenko in the 15th minute, but Alexander Kadeikin tied it up in the second. 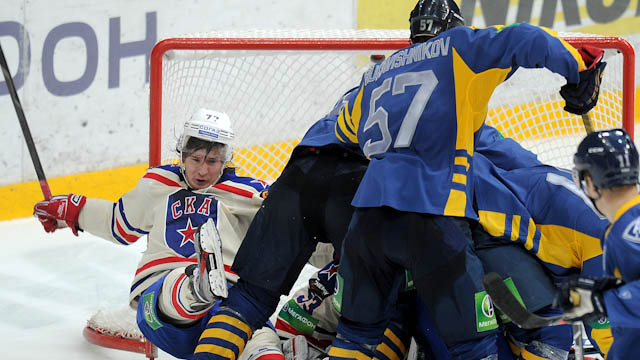 In Saturday’s other game Lokomotiv kept up its winning streak, downing Severstal 3-1 in Yaroslavl. The key action here came early on – Loko scored twice in the opening stages through Sergei Plotnikov and Ilya Korenev.

Unusually the first period also saw a penalty called on Severstal’s Evgeny Kovyrshin for playing with two sticks. He was trying to return the stick which goalie Jakub Stepanek had dropped when the puck came to him and he played it to safety, only to get a two-minute penalty for his troubles. 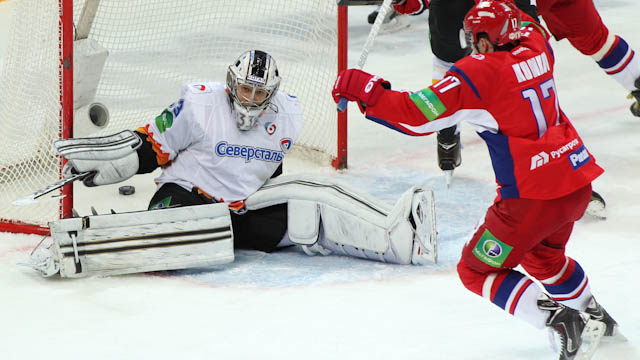