Friday evening turned out to be a truly unforgettable one for all who flocked to the Arena Mytishchi out in Moscow Region. While the local fans might not have been too smitten with the hockey produced by their favorite team, the festive atmosphere reigned supreme at the stadium even after any chance of a home triumph on the ice had vanished. 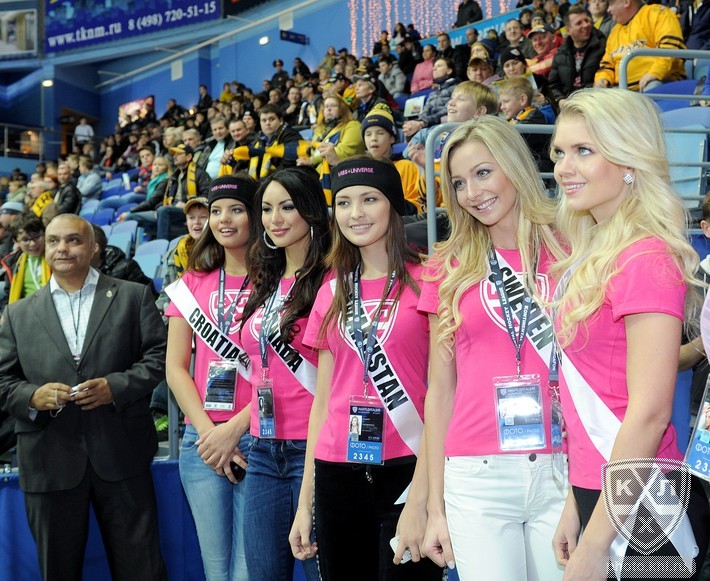 In all, nine of the Miss Universe semi-finalists took part in the night’s festivities (the girls contest the semis on Tuesday before next Saturday’s final at Moscow’s Crocus City Hall). It was one fewer than promised, admittedly, although the missing Miss – Russia’s Elmira Abdrazakova – made up for her enforced absence by extended warm greetings to the fans via the media-cube. 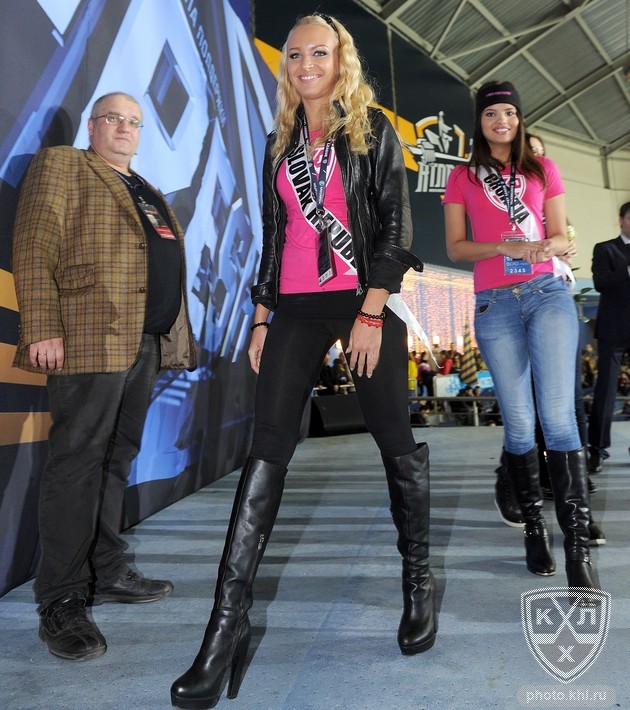 The other nine, each representing an illustrious hockey nation, arrived promptly and smartly, dressed in elegant, special-issue limited-edition pink T-shirts adorned with the KHL logo. In addition to these novel and now essential part of any fashion-conscious lady’s wardrobe, the girls also sported the traditional sashes displaying the name of their country, and radiant smiles as they mingled with the delighted public, happily giving out autographs and posing for photos with all who asked. 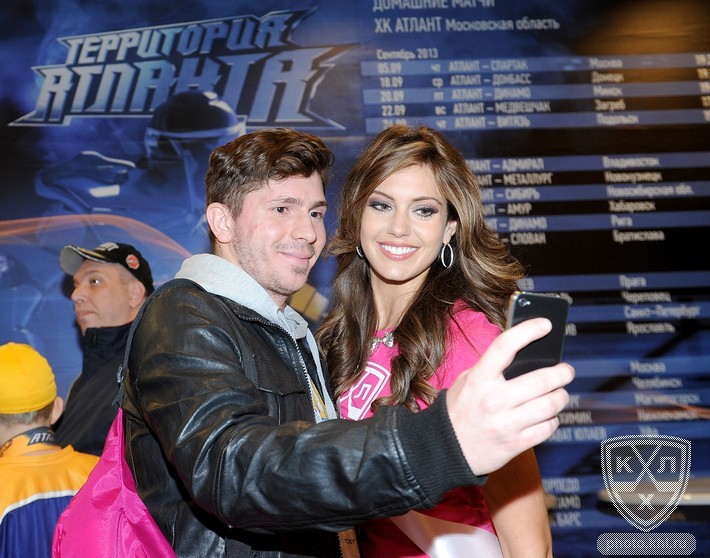 The sheer energy with which these ladies emanate good cheer and positivity is startling to find in ones of such fragile frames. For over two weeks of the build-up to the competition, they have been surviving on three or four hours of sleep a day while they attend a constant whirlwind of society gatherings, fashion shows, charity and other events, not to mention the endless rehearsals, and it was from the latest round of tournament preparations that the ladies sped to Mytishchi and then on to a night club, where they were to mingle and circulate until four in the morning. And despite this grueling schedule, they never for a moment lost their composure, their smiles, or their readiness to constantly meet, greet, pose, and answer questions ... in a word: professionals with a capital P. 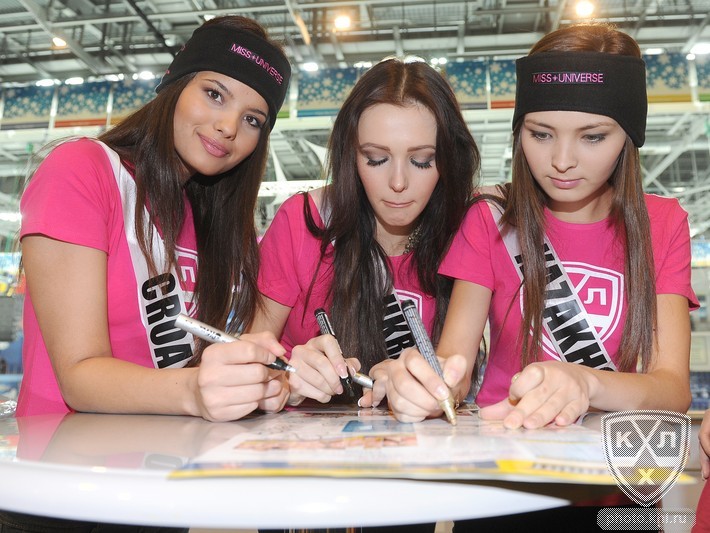 But the special charm of the event in Mytishchi lay not in the pleasure the beautiful guests gave to the assembled hockey folk, but in the delight they themselves took from the occasion. Many of the multitude of events they attend as part of their duties are similar and often identical in nature, so their unfeigned wonder at all that was happening, and the wave upon wave of emotions triggered by this new experience was a joy to behold, and they never tired of thanking us for providing them with such a unique evening. 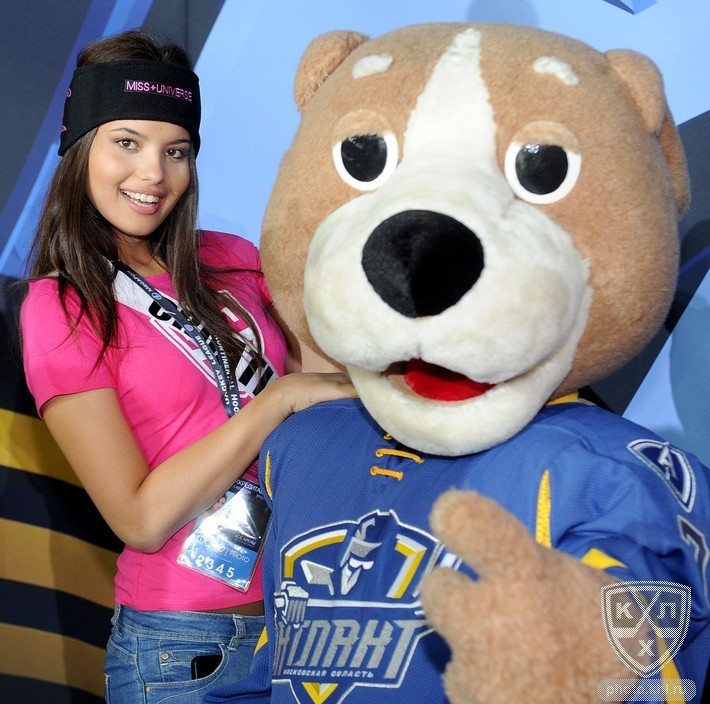 The reactions to the hockey varied from contestant to contestant. For example, Olga Storozhenko (Miss Ukraine) and Aygerim Kozhakhanova (Miss Kazakhstan) had little if any previous knowledge of the beautiful game and so took a great interest. On learning that their homelands each had a team in the KHL, the ladies promised to pay a visit to the respective arenas in Donetsk and Astana. On the other hand, Croatia’s Melita Fabečić turned out to be a real hockey connoisseur, spoke at length about her favourite club and even treated us to her rendition of the chant, "Zig-zag, Medvescak!” 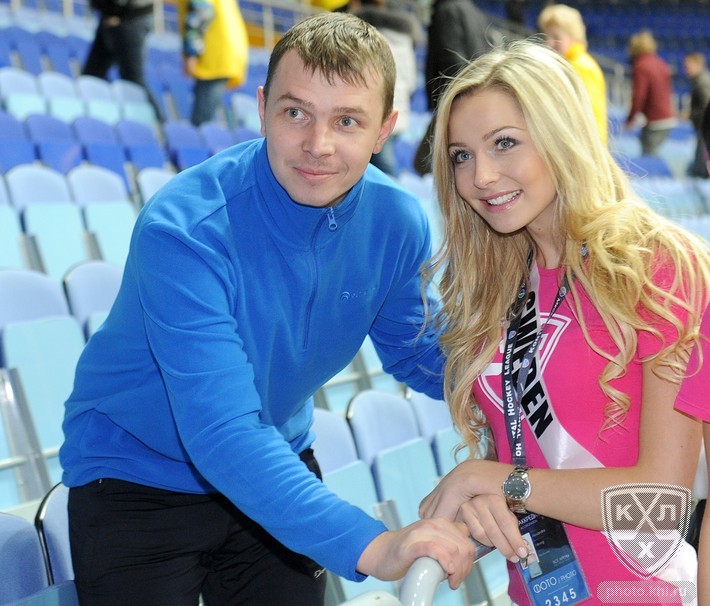 Miss Sweden, Alexandra Friberg, could not believe her luck at first, and several times asked for confirmation: "Which league is this? The KHL? Really? Truly? The real KHL?” On receipt of the affirmative answer, she clapped her hands and exclaimed, “Great! They’ll go crazy at home! When I told them I was going to a hockey match, they said, "I wonder which league. They have the KHL, which is excellent, but they might bring you to some other game," - I didn’t have the answer, but now I can tell them they were right: The KHL is awesome."

It was even easier, of course, to strike up a hockey conversation with Erin Brady of the USA, Riza Santos of Canada, and with Miss Slovakia, Jeanette Borhyová, whose favorite player is Slovan’s Lubomir Visnovsky. And as for Miss Finland, Lotta Hintsa – well, she is one of us, a hockey-lover through and through. Her father was a player and her boyfriend, currently plying his trade at Jyväskylä has played with the likes Petri Vehanen, Topi Jaakola; and now she is eagerly awaiting the arrival of Finland’s HC Jokerit in the KHL. 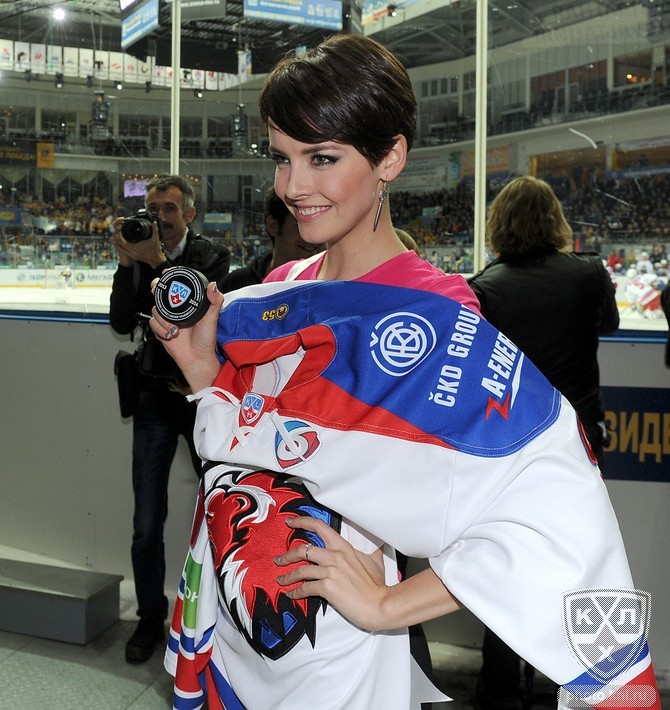 But the brightest star of the evening has to be the reigning Miss Czech Republic, Gabriela Kratochvílová, although sports fans who remember the 80s middle-distance legend, Jarmila Kratochvílová, may be slightly deflated to learn that she is no relation. Before the game, Gaby grabbed her skates, sailed out onto the ice with Riza Santos, chatted with her compatriots lining up for Lev Prague and then took part in a ceremonial face-off.

The hockey part of the visiting delegation comprised the Olympic champion, Viktor Shalimov, and the KHL’s Competitions Department chief, Sergei Kozlov. The breadth of Mr Kozlov’s smile in the photo aptly illustrates how much he was enjoying the proceedings. 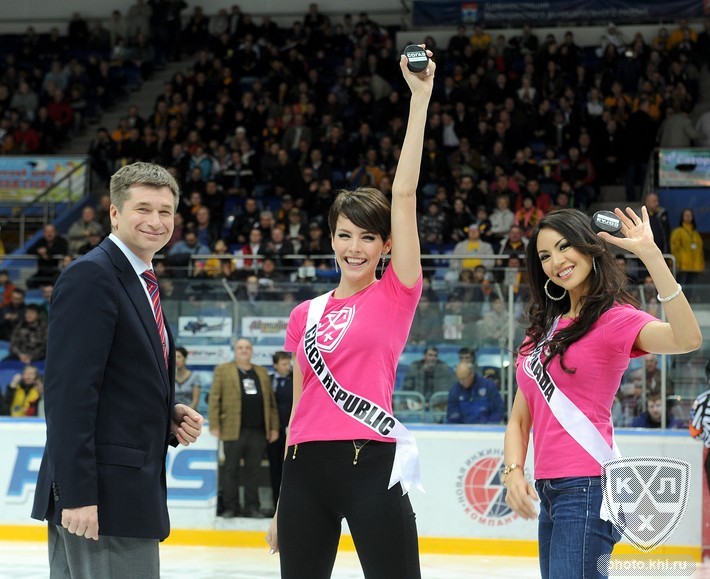 After leaving the ice, Gaby tried to be pictured showing off the puck presented to her as a memento of the occasion, but there was a small problem: "Look how much my hands are shaking,” she laughed. “God, I'm so excited! What an atmosphere! The anthems, the stands, it’s fantastic! For me, nothing can top this!"

As you are no doubt aware, Gaby’s compatriots recorded a resounding victory, and one which made her immensely happy, but she took even more joy from the hospitality and chivalry of the Atlant fans. When Lev rounded off the rout with a fourth and final goal, it was greeted with generous applause and chants of, “Well done, lads,” in gracious recognition of a deserved victory. No-one thought for a moment of reproaching Gabriella – all at Atlant gave her the warmest and friendliest of welcomes, trying in every way to please her with friendly conversation, searching their memories for well-known English words, and even reciting the famous Czech sporting battle chant, "Do-to-ho,” firmly embedded in Russian hockey folklore since the era of the epic USSR - Czechoslovakia rivalry. 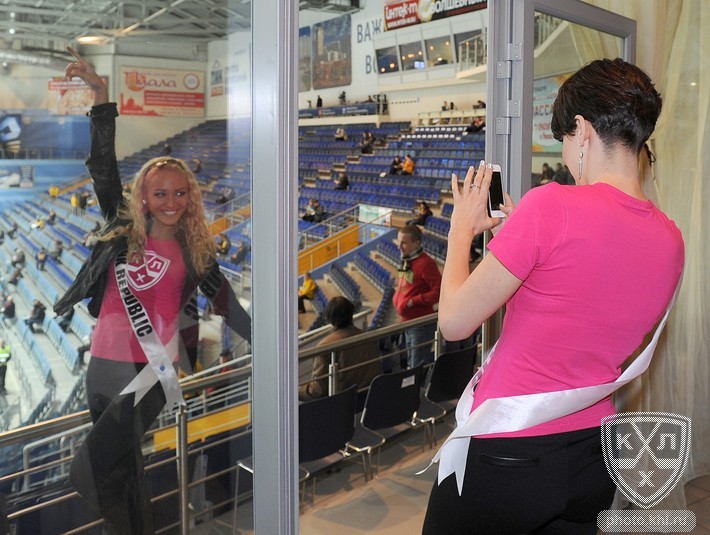 Beauty will save the world, as the Russians say, and maybe they are right. Beauty certainly rescued this one evening in Mytishchi, and it is hard to imagine that at any time in the foreseeable future we will witness another such occasion when hockey fans, having seen their heroes so convincingly conquered, leave the arena in such gloriously high spirits.