Metallurg coach Mike Keenan celebrated his 64th birthday on Monday, but the champagne quickly went flat as his team lost out in a shoot-out to Lokomotiv. The key player on the night was Loko’s goalie Vitaly Kolesnik, who made 36 saves as the game ended up tied at 1-1. He was only beaten by Sergei Mozyakin on the powerplay in the first period, giving Magnitka a lead which lasted less than five minutes before Daniil Apalkov leveled. Then in the shoot-out Kolesnik defied all-comers, while Emil Galimov got the decisive goal. The game also brought Loko coach Pyotr Vorobyov head to head with his son Ilya, assistant to Keenan in Magnitogorsk. 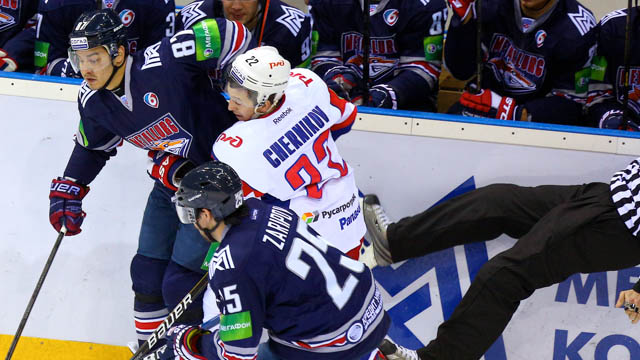 SKA back on top
SKA eased to a routine win at Neftekhimik with two assists from Ilya Kovalchuk setting up a 3-1 success. Kovi set up Patrick Thoresen’s game-winner in the 28th minute, shortly after Yegor Milovzorov had cancelled out Viktor Tikhonov’s opener. Roman Cervenka made the points safe in the final session as the Petersburg side returned to the top of the table.

Five straight wins for Salavat Yulaev
Salavat Yulaev stretched its winning streak to five games with a 3-1 win at home to Atlant. The game was turned on its head in the third period when the home team scored twice in 90 seconds to cancel out Konstantin Koltsov’s opener for Atlant. Antti Pihlstrom tied it up before Alexander Pankov got the go-ahead goal on 45:38. Denis Khlystov added a third on the powerplay to settle a hard-fought, occasionally overly combative clash which saw Alexei Glukhov expelled for a high challenge on Ilya Kablukov. 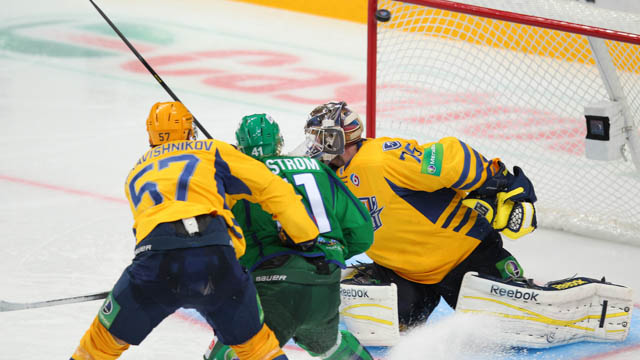 Glinkin gets the glory
Anton Glinkin took the plaudits in Chelyabinsk with a game-winning display for Traktor against Severstal. Glinkin opened the scoring and picked up an assist in a game which ultimately finished 2-2, then got the decisive goal in the shoot-out. That was enough to outstrip Nikolai Bushuyev’s two goals for Severstal.