Seven goals from seven scorers saw the St. Petersburg team overwhelm Traktor in Chelyabinsk on Wednesday – while another wretched display from the home defense took its toll.

Traktor has leaked goals all season, and today’s result means only Avangard has conceded more. Errors and ill-discipline took their toll: twice Alexander Guskov went into the sin-bin, and twice SKA scored in the first period. A penalty shot from Patrick Thoresen made it 3-0, and goalie Michael Garnett was withdrawn just after halfway when Evgeny Skachkov made it four. A change of personnel made little difference: Vladislav Fokin was beaten within a minute, as Igor Makarov easily got the better of Stanislav Chistov.

After reaching last season’s Gagarin Cup final Traktor has struggled this season, and the final score of 0-7 was its worst home defeat since October 2009. At present Valery Belousov’s team lies outside the play-off places, and unless the defense improves rapidly it faces a real battle to reach the post-season. 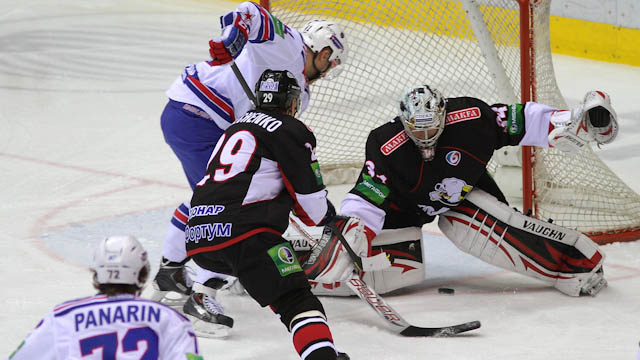 No place like home for Magnitka
Metallurg Magnitogorsk is saving the best for its home fans: the Ural team has yet to lose on home ice, and Wednesday’s 4-3 win over Atlant was its sixth regulation time success in seven games. Danis Zaripov led the way with 1+2 while Sergei Mozyakin scored again to maintain his position as the league’s leading point scorer. But this time, unusually for Magnitka, scoring also came from elsewhere with Renat Ibragimov and Vladislav Kamenev also hitting the net.

For Atlant, a rare goal from defenseman Maxim Velikov gave an early lead, but Magnitka proved too strong. 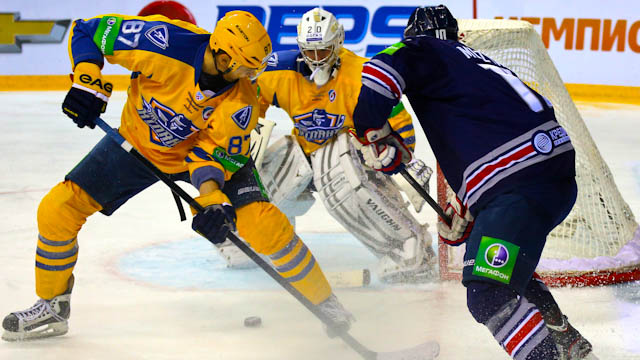 Around the league
Salavat Yulaev beat Lokomotiv 3-1 despite a first ever KHL goal for 19-year-old Yaroslavl forward Vadim Khlopotov. Salavat was already two goals to the good before he struck just after halfway, and a last-second goal from Antti Pihlstrom reinstated that advantage at the last.