One month into its KHL career, Medvescak Zagreb is starting to prove its worth at a higher level. The last six games have seen the team take at least one point, and the last four have ended in victory. Victims include the powerful, Kovalchuk-inspired SKA and a free-scoring Barys team restricted to just two goals in a juddering encounter at the weekend.

It all adds up to a welcome run of consistency from a team which began in seventh heaven, but swiftly fell hard.

The opening night for Medvescak went like a dream as CSKA Moscow was thrashed 7-1 in front of a packed house, delirious with excitement. But sustaining that form proved too much – days later Dinamo Riga eased to a 5-1 win, and there were more lows to follow in a losing streak which eventually stretched to seven games. 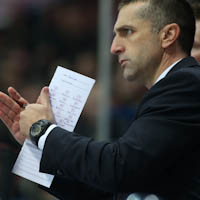 Head coach Mark French (right) agrees that it was tough to live up to that grand opening, but his eyes still light up at the moment. “It was a great win and a great start for us. I wouldn’t give that back for a second – it was such a special night.”

Other special nights have followed, including that win over SKA, but for French victory and defeat are all part of his team’s learning curve.

“Often times when you’re getting points or not getting points there’s not much difference in your play,” he said after beating Barys 3-2 in what he described as “a really good hockey game”. “We’re still getting more comfortable with each other, we’ve got a lot of new players, new coaching staff and new systems. We’re still learning how to win as a group. Sometimes it turns out that in adversity you learn more.” 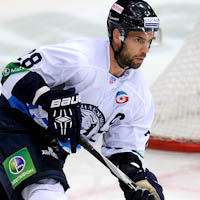 Learning – and fast – is also the mantra of team captain and long-serving defenseman Alan Letang (left), a Croatian Canadian and veteran of four previous seasons in the Austrian League with Medvescak.

“It’s been a huge step. Just getting to know players on the other teams and their systems before we play them is a big challenge,” he said. “In the Austrian League[where Medvescak played for the past two season] I knew which players I needed to focus on. Here we’re all relying on the coaching staff, who are doing an incredible job preparing us. We’re also relying on the guys – Charles Linglet, Ryan Vesce, Matt Murley – who’ve played in this championship before as much as we can. They’ve got a lot of good information.”

As for adapting to a new coaching set-up and new ideas behind the bench, familiarity is making all the difference. “[Our game] is starting to come on instinct now, without having to think and react,” Letang added.” Thinking for an extra second is a lot in this league. We knew it would take time with the new guys but we’re getting there. It’s nice to be back at home and winning games.”

Home advantage certainly makes a difference here. Nobody would pretend that the compact, 4,500-seater Dom Sportova is much like a contemporary hockey venue. Like a concrete relic of the former Yugoslavia’s communist past, its bluntly utilitarian lines take enforced egalitarianism to its most Spartan of conclusions. Yet come game time, packed out with typically fervent Balkan fans, the arena is reinvented as a cauldron of noise which starts from the banner-waving Sektor B and swiftly circles the stands in a growing roar. Goals are greeted with a lusty rendition of the club song and opposing players are left in no doubt when they are deemed to have overstepped the mark. At a time when many clubs are settling into sleek, new homes, visiting Zagreb is a happily nostalgic experience.

For the club, though, all eyes are on the future – and a future which is expected to yield a play-off place come early March. Letang is convinced the team can get there: “If you don’t set goals for the championship you’re always going to underachieve.

“Realistically we’re trying to build a team, build character, and get into the play-offs. That’s a very attainable and achievable goal for this team. We faced some adversity at the start of the season and I’m sure we’ll face more in the future but I really love the guys in that dressing room. We’ve got some incredible character.” 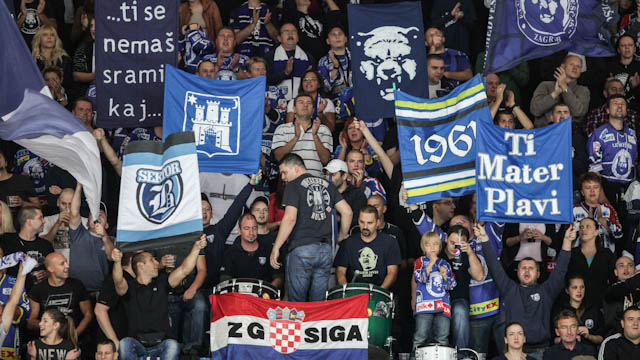