No Kovi, no problem. September 16 round-up

SKA fans will still have to wait for their first glimpse of Ilya Kovalchuk on home ice this season – the star forward missed out on the game against Medvescak due to ‘minor ailments’, according to his club. But the Petersburg side suffered no further ills, easing to a comfortable victory over the Croatian newcomer. Dmitry Kalinin scored twice, sandwiching Roman Cervenka’s second-period goal, as SKA skated to a 3-0 win. Medvescak put up a strong fight, out-shooting the home side 31-24, but could find no way past Alexander Salak. 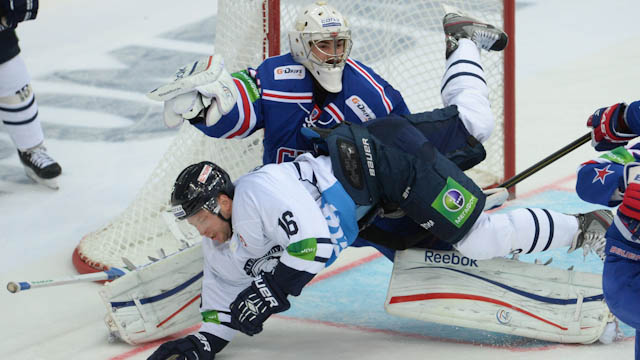 Happy homecoming for Magnitka
Metallurg Magnitogorsk began its home campaign after a four-game road trip – and Mike Keenan’s first competitive encounter in front of his home fans ended in victory over Metallurg Novokuznetsk. In a niggly game riddled with minor penalties it was Magnitka’s superior finishing that made the difference. Dmitry Kazionov opened the scoring, and a long-range effort from Milan Gulas doubled the lead in the last moments of the second period. Novokuznetsk got one back through Yegor Martynov, but Sergei Mozyakin’s powerplay goal settled the issue in the home side’s favor.

Going the distance
Both Salavat Yulaev and Amur had seen two games go to shoot-outs already this season, so it was hardly surprising that they produced a tie in Ufa. This time, though, Amur secured its first victory of the season in overtime. The Khabarovsk side left it late, though – Vladimir Loginov struck on 58:38 to make it 3-3, and in the extra period there were just eight seconds left when Jakub Petruzalek grabbed his second of the game off Loginov’s pass.

Amur’s Far East neighbor Admiral also has a penchant for extra action, and faced a tie for the third time this season after sharing 10 goals with Neftekhimik. Mikhail Anisin ultimately won it for the home side in a shoot-out, but Admiral will be pleased with the spirit it showed to claw back a 3-5 deficit in the last 10 minutes through Yegor Antropov and Alexander Kuznetsov. Niclas Bergfors scored twice for Admiral, while Denis Tolpeko got his first for Neftekhimik since arriving from Dynamo Moscow. 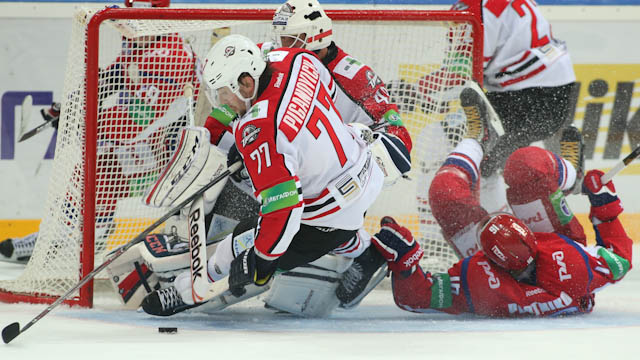 Lokomotiv’s slow start continued after its first home game ended in an overtime defeat to Donbass. Gennady Razin got the crucial goal after a two powerplay goals in the last five minutes from Alexei Vasilyev earned Loko a 3-3 tie in regulation.

Two goals from Pavel Buchnevich helped Severstal to a 4-2 win at home to Dinamo Minsk. Geoff Platt matched Buchnevich’s two-goal haul for the Belarusians, but still finished on the losing side.