There was a convincing triumph for Ak Bars in Sunday’s top game on the day in the KHL. The Kazan side welcomed Avangard, and romped to an emphatic 6-0 victory.

The damage was done early: in the 12th minute goals from Shaun Heshka and Chris Bourque put the home side in control, and Tim Stapleton extended that advantage on the powerplay a couple of minutes later. Heshka and Stapleton combined for Alexander Burmistrov’s second-period goal to make it 4-0, and Janne Pesonen and Kirill Petrov wrapped it up in the final session. Emil Garipov made 27 saves for his shut-out. 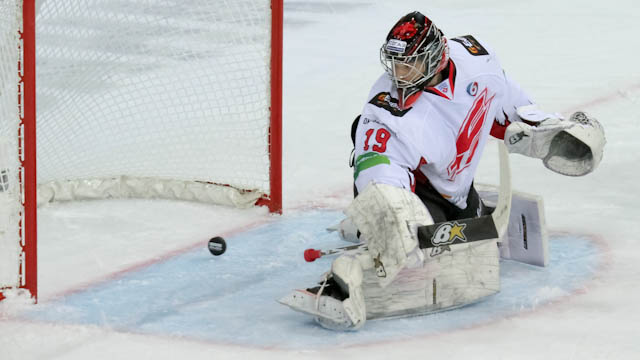 In the other game, Yugra suffered a surprise 1-2 defeat at home to Avtomobilist. A pair of goals around halfway from Vasily Streltsov and Alexei Simakov proved enough for the visitor.