Passion and hope as the KHL comes to Croatia 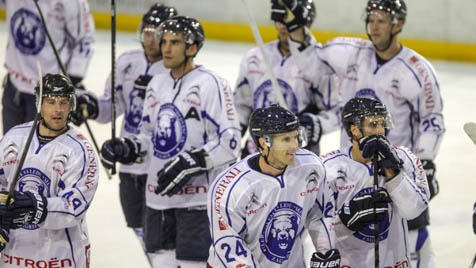 Croatia might not be a nation with a well-known hockey tradition, but anyone who has been to a sporting event here will be well aware of the noise and passion generated by local fans. And, regardless of what happens on the ice that is likely to be the abiding memory most visitors take away from Zagreb this season as Medvescak makes its KHL debut.

There’s no lack of enthusiasm: when the team headed off to Maribor, Slovenia, for a pre-season camp and a string of warm-up games, a fleet of buses ferried around 500 fans across the former Yugoslavia to fly the flag for the bears of Zagreb.

But then, the team is no stranger to cross-border competition. Having outgrown the amateur Croatian league it competed in the Slovenian League from 2007 before spending two further seasons in the revamped Austrian EBEL league, which also featured Slovenian, Hungarian, Czech and Italian teams. Now, with ever-mounting ambition, it’s time to tackle the KHL and bring the club’s history full circle. After all, the previous highlight of Medvescak’s history came in the last days of the Yugoslav pro league when Soviet international Vyacheslav Anisin was the star man in a run of three back-to-back championships before the Balkans plunged into turmoil and the club’s finances collapsed.

To lead the team back to the highest levels Canadian head coach Mark French, a Calder Cup winner with Hershey Bears in 2009-10, has assembled a roster with a strong trans-Atlantic flavor. Of the half-dozen or so men playing under the Croatian flag, three were born in Canada, including veteran club captain Alan Letang. There is little KHL experience, although the signing of ex-Dinamo Minsk forward Charles Linglet and former Torpedo man Ryan Vesce adds some proven firepower at this level.

Pre-season form has suggested that Medvescak can be competitive in this league, even if it is some way from contesting top honors. Warm-up wins over Torpedo and Metallurg Novokuznetsk give grounds for optimism, as does the capture of some serious experience of top-level hockey. Take recent signing Steve Montador, a former Stanley Cup finalist and veteran D-man who’s been there, done that and got the t-shirt. He’s excited about the prospect of helping to nurture a new roster, and believes that the team can make the play-offs in its debut season.

Aside from his old friend Letang, who he rates as someone who should be playing in the NHL, he’s encouraged by the talent and determination he’s found in Croatia: “I can already see how much excitement there is throughout the city about Medveščak making it into such a strong league and jumping into such a new challenge that's not going to be easy,” he told the club’s official website. “The attitude in the locker room and the work ethic on the ice makes us a competitive team. I know that we're new in the league, this is all new for most of the players, and only a few of them have played in this league. But even though at first glance it seems like that's something our team is missing, I would sooner say that that's just going to be a new and exciting adventure that we're going to turn into an advantage.”

Whatever the coming season holds for Medvescak, it’s sure that the Bears of Zagreb will be roaring at the rivals from the off.