U20 Worlds: Germany routed in Ufa

Team Russia posted its third victory in its third game in the World U20 Championship in Ufa, and this time the hosts were set few problems by the opposition. The Germans had already shipped seventeen goals in their opening two games against the US and Canada while managing only three in return, and on Saturday their resistance against Russia’s Red Machine lasted for all of 78 seconds, until Nikita Kucherov opened the scoring. 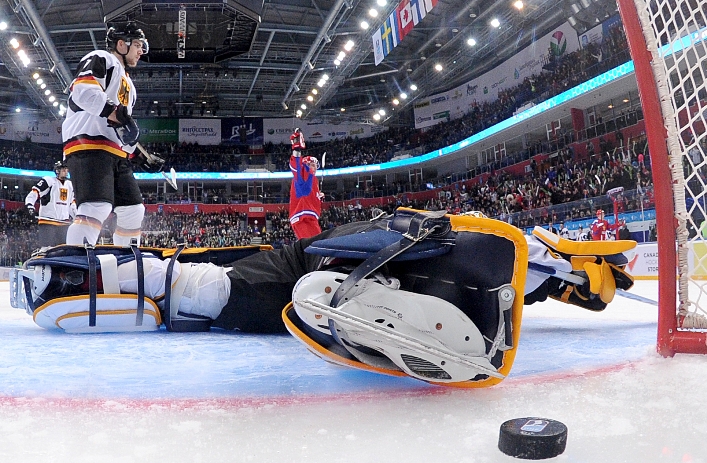 By the tenth minute Nail Yakupov had opened his account for the tournament, and a few minutes later the Neftekhimik man turned provider for the third, helping set up Danil Zharkov, justifying his rapid promotion from thirteenth choice forward to a place in the first line – a path made easier, we should note, by Andrei Sigarev’s absence due to an injury picked up against the US.

“Andrei could still play a part in the tournament,” said head coach Mikhail Varnakov after the game.

“How did Danil Zharkov fit into the first line?”

“He fulfilled the tasks we set him. He’s what you might call a man’s man and a bit of a character, and he gave the first line some fight and movement, which had been missing in the first two games.”

The second period continued where the first left off, with Russia almost constantly on the attack and Andrei Vasilevsky’s goal rarely threatened. Albert Yarullin widened the winning margin to four goals. 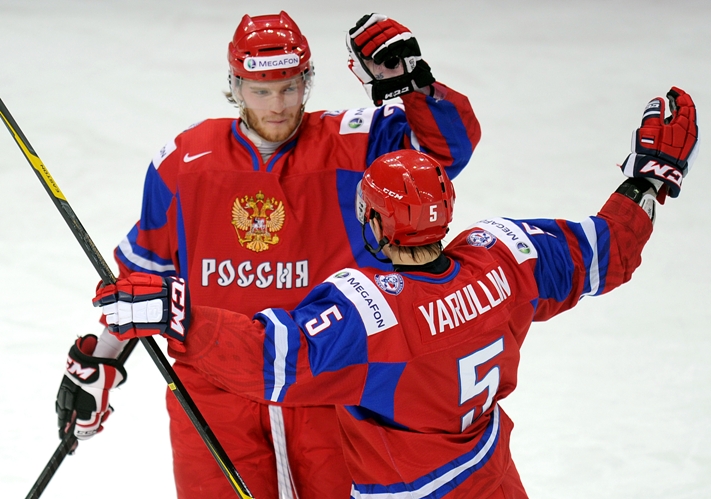 The star of the third act was undoubtedly Yaroslav Kosov, who began the period with an elegant and accurate strike to make it 5-0, and added Russia’s sixth and seventh before the siren sounded.

“Of course winning 7-0 is not bad, but we should have scored even more,” said Varnakov, always the perfectionist.