Honors even in game of the day

Preparations pick up pace — the KHL week in review

The KHL Disciplinary Committee has reviewed an incident from Sunday’s game between Dinamo Minsk and Dynamo Moscow. After converting a penalty shot to level the score in the final minute of regulation time, Minsk forward Tim Stapleton headed toward his team’s bench to celebrate, to which Dynamo Moscow club masseur Sergei Ulanov reacted by making an obscene gesture.

Having reviewed all the available evidence, the Committee has found Ulanov guilty of unsporting behavior from a club official, and punished him with a match penalty (25 minutes), a mandatory one-game ban and fine of 100,000 rubles (approx US$3,200), and added an additional ban of one game, meaning Ulanov is banned from his team’s bench for a total of two games. 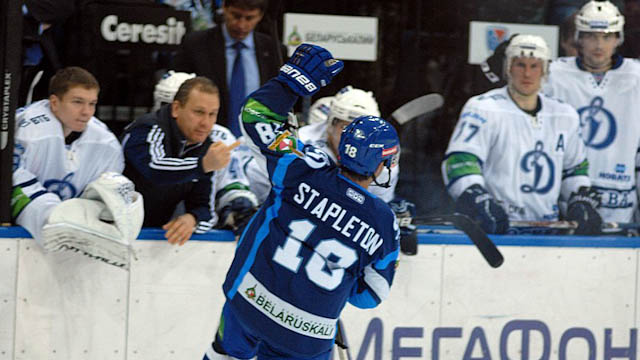