In Omsk today, Gazprom CEO Alexei Miller, together with the Governor of Omsk Region, Viktor Nazarov, took part in a special ceremony to lay the first stone in the construction of the Avangard Hockey Academy. This grand and ambitious project for the development of junior and children’s hockey in Russia aims to attract the most talented youngsters from all of Siberia and the Urals region, and is part of the Gazprom for Children program.

The Avangard Hockey Academy is designed to become an inter-regional system of coaching children and juniors - the first step in the pyramid of academy – junior team – KHL team, and will be built of the site of one of the leading hockey schools in the country, the Avangard sporting school in Omsk. The project also includes a chain of hockey schools affiliated to the Academy, plus a training and study center for a new generation of coaches. The Avangard Hockey Academy will enable the refinement of the existing coaching system for young players and is set to become one of the leading inter-regional hockey development programs in Russia.

The starting point of the project was the decision by Alexei Miller to build in Omsk an academy with accommodation for young sportsmen from many other towns and cities. The Avangard Hockey Academy system will also facilitate the transfer of the most promising youngsters from the affiliated schools to the center in Omsk, which will boast all the necessary coaching and training facilities and accommodation for the hockey stars of tomorrow. 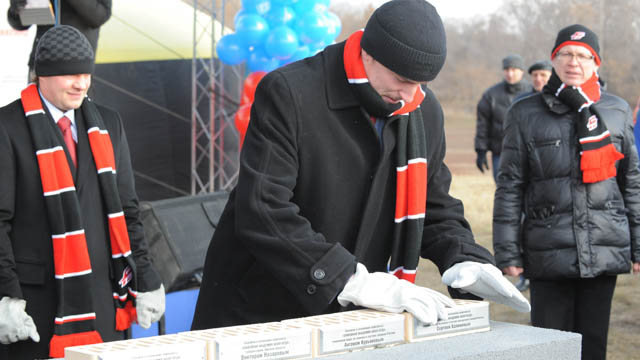 “Our partnership with Gazprom is strong and durable,” added Viktor Nazarov. “The success of the collaboration with Avangard Hockey Club and the construction of multi-purpose sports arenas in the city and throughout the region testify to the strength of this partnership. Today we have embarked on a new and ambitious project - the Avangard Hockey Academy. Avangard’s talented youngsters are the future of the club and will become the pride of Russian hockey.”

Fact file:
The Avangard Hockey Academy project in Omsk involves the building of a new ice hockey arena together with comfortable accommodation for the Academy’s youngsters.

As part of the 2013 socio-economic agreement between Gazprom Neft and the government of the Yamalo-Nenets Autonomous Region, Avangard hockey centers will be built in Noyabrsk and Tarko-Sale, and these will be affiliated to the Avangard Hockey Academy. The youngsters will train under a standardized program, and a coaching center will form part of the Academy complex in Omsk.

As part of the project, from October 2012 Gazprom Neft will give financial support to the Avangard sporting school, including additional bonuses to the coaches and a stipend program for the youngsters.

The Avangard sporting school now has around 900 young hockey players, who train at the club’s many hockey centers, and 15 of the school’s graduates now play for the Avangard first team.

Outdoor hockey arenas, also under the Avangard brand, are currently under construction in Omsk Region and in the Yamalo-Nenets Autonomous Region.

Omsk is also the traditional host city of Europe’s biggest international children’s hockey tournament - the Gazprom Neft Cup, contested by teams of youngsters from clubs in the KHL. 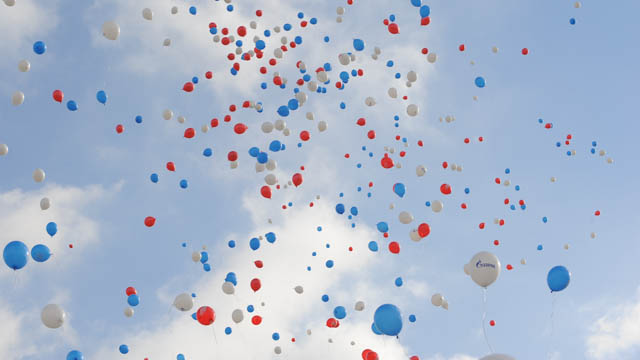