The official total of spectators who poured through the turnstiles of Prague’s O2 Arena to see Tuesday’s regular season KHL game between Lev Praha and Dynamo Moscow has been set at 16,304.

This is a new record for the entire Kontinental Hockey League system, combining the KHL, VHL (lower league) and the MHL (youth league). The previous best was the 16,100 who turned up to watch the Russian Classic in Krasnoyarsk between VHL sides Sokol and Lokomotiv, back in February of this year. 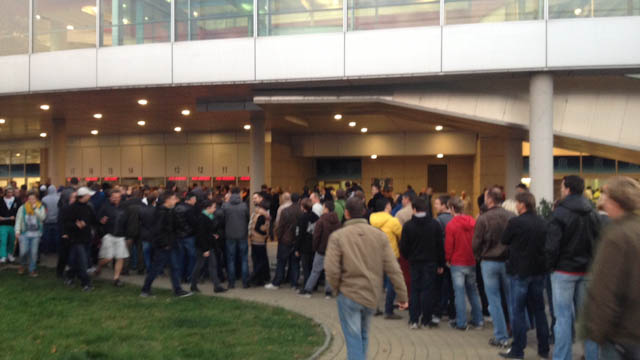