The expected influx is underway: as rinks across North America fall idle, club secretaries are working overtime to complete the paperwork on a raft of exciting new signings across the KHL.

From big-name Russian stars like Evgeny Malkin and Ilya Kovalchuk, to Czech NHL-ers Jiri Hudler and Jakub Voracek and Latvian prospect Kaspars Daugavins at Dinamo Riga, the rush to the East is well underway. Here’s a rundown of the key moves.

Captain Kovi
Tuesday’s big news was the official unveiling of Kovalchuk as captain of SKA St. Petersburg. The New Jersey Devils star chose SKA ahead of his first club, Spartak Moscow, and will keep his #17 jersey in Russia. At his first press conference back in Russia, the forward told reporters that he was pleased to have the chance to play for SKA, a club which had attempted to sign him previously. He also quipped that he “was luckier” than Evgeny Malkin, moving to the classical elegance of Petersburg rather than the industrial city of Magnitogorsk. 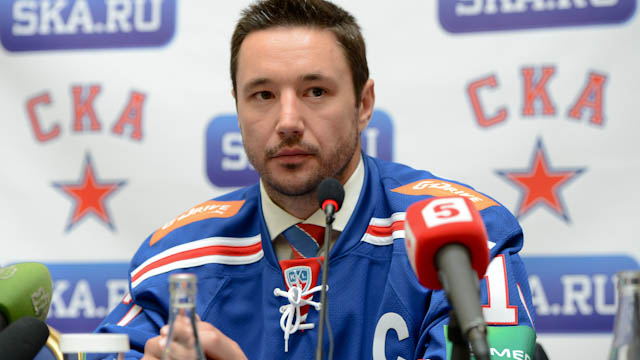 As for the hockey, Kovalchuk said his aim was to help SKA win the Gagarin Cup, and added that he was looking forward to renewing acquaintance with Milos Riha, who also coached him briefly at Khimik Moscow Region during the previous lock-out. However, despite claiming the captaincy straight away, Kovalchuk admitted that it was not yet clear who would partner him on the ice or exactly what his role would be.

SKA may not have completed its lock-out related business: young forward Vladimir Tarasenko could be heading back to the Baltic despite his summer switch to St. Louis.

Metallurg’s trio
Metallurg Magnitogorsk, despite Kovalchuk’s reservations about the steel city, has successfully attracted three NHL stars. The biggest name of the trio is undoubtedly Evgeny Malkin (beyond, left) – star of Russia’s World Championship success back in May and the lynchpin of the Pittsburgh Penguins offense. He has honored his pledge to return to his boyhood club, and is joined there by defenseman Sergei Gonchar (beyond, right) and forward Nikolai Kulyomin. With the club also boasted the services of ex-Penguin Cal O’Reilly, it looks like the USA’s steel city is forging ever closer links with its Russian equivalent. 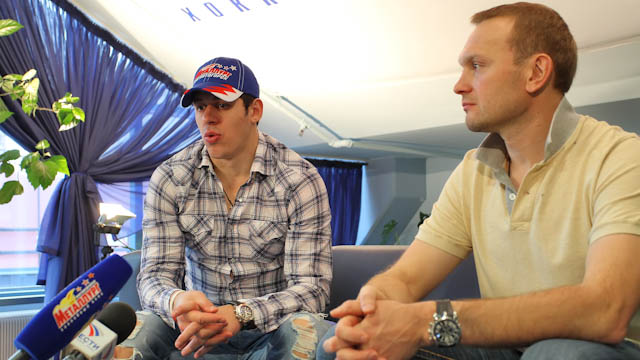 Ovechkin waits
Alexander Ovechkin, poster boy for Washington Capitals and the NHL as a whole, is expected to confirm his new club by the end of this week. According to the player’s agent, Ovechkin is weighing up offers from CSKA Moscow and his old club Dynamo, Sovietsky Sport reported. Earlier it had seemed that Dynamo was out of the race after baulking at Ovechkin’s salary. The Blue-and-Whites, meanwhile, are expected to make a move for Leo Komarov, a popular figure on last season’s championship-winning roster. Among the other big names whose future is not yet confirmed, Pavel Datsyuk has been heavily linked with Ak Bars Kazan and Avtomobilist Yekaterinburg. 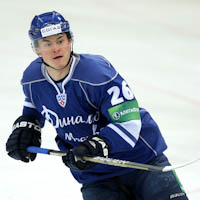 Lev signs two
Lev Prague, an early leader in the Western Conference, has swooped for two Czech NHL stars. Stanley Cup Jiri Hudler (right), of Calgary Flames, will be familiar to many Russian fans after his season with Dynamo Moscow. The forward played in Russia in 2009-10 after quitting Detroit Red Wings, and posted 54 points in 54 games before the team crashed out of the play-offs in the first round. Hudler is joined by Jakub Voracek, from Philadelphia Flyers. Voracek, a World Champion in 2010, has more than 300 NHL games under his belt.