In memory of Lokomotiv 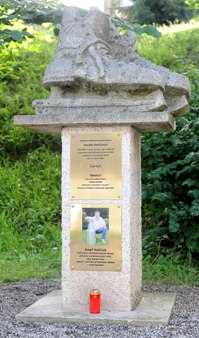 Today the Kontinental Hockey League will pause to commemorate a tragic day in the history of hockey. There will be no games played in the Championship on this date, as the 7th of September has been set aside as a day of remembrance for the Lokomotiv players and staff who perished when their airplane crashed shortly after taking off from Yaroslavl’s Tunoshna airport exactly one year ago.

Memorial events to mark the tragedy will be taking place not just in Yaroslavl but across the length and breadth of Russia, as among the dead were players who began their hockey careers in towns and cities throughout the Russian Federation. And not just in Russia – the disaster united the entire hockey world in grief.

Canada will mourn the loss of Brad McCrimmon, who had only just secured the job of head coach. In Belarus there will be tributes to the national team’s captain, Ruslan Salei; indeed, the Belarusian capital, Minsk, recently hosted a preseason tournament named in his honor.

In Latvia, they will gather to remember Karlis Skrastins, in Germany - Robert Dietrich, in Sweden - Stefan Liv, in Slovakia - Pavol Demitra, in the Czech Republic - Jan Marek, Josef Vasicek and Karel Rachunek. 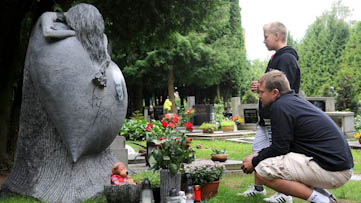 Journalists from the official KHL press tour, covering the debuts of the new KHL teams in Prague and Bratislava, will be free to visit Marek’s grave in Jindřichův Hradec (left), or to pay their respects at the memorial dedicated to Vasicek in his home town of Havlíčkův Brod (above), with its deeply moving tributes sharing the plinth with an inscription celebrating the fine forward’s Stanley Cup victory with the Carolina Hurricanes in 2006.

Cross the Slovakian border and one is in easy reach of Trenčín, where they will be honoring Slovakia national team captain Pavol Demitra. He was also a star for Dukla Trenčín, and his jersey was raised to the rafters of the local arena.

The KHL returns to action tomorrow, and every week of the new season will bring many brilliant and memorable events to delight hockey fans everywhere, but the memory of Lokomotiv will never fade.