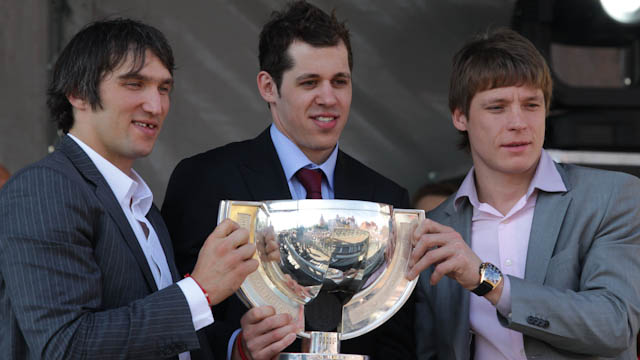 Moscow’s historical center was the venue on Monday for a victory parade in which the stars of Team Russia, to celebrate their triumph at the 2012 hockey World Championship in Stockholm and Helsinki, proudly displayed the coveted trophy to their fans.

The event was organized by the Ice Hockey Federation of Russia and attracted a sizable crowd, despite being staged in the middle of a working day, and even an unexpected downpour half an hour before the parade did not dampen the fans’ enthusiasm.

After parading the trophy down Tverskaya Street, the newly-crowned world champions continued onto Manezhnaya Square before finally stopping by the walls of the Kremlin to enjoy a short victory concert in their honor. 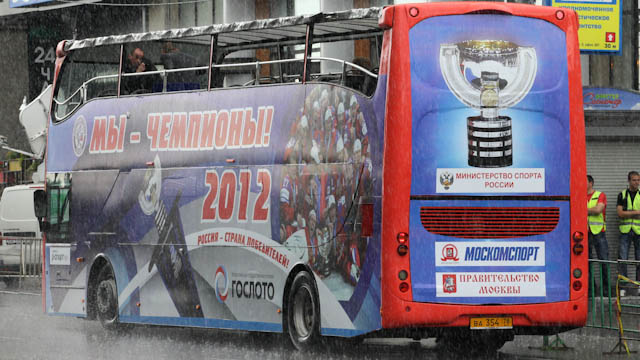