The Kontinental Hockey League (KHL), the Major Hockey League (VHL), and the Youth Hockey League (YHL) have signed a memorandum of cooperation with the Sledge Hockey Federation - the governing body of the Paralympic version of hockey, developed for athletes with lower body disabilities.

On the 19th of March, Valery Kamensky, member of the KHL Board of Directors, and Vladimir Shalaev, KHL Hockey Operations Vice-President, plus representatives of the VHL and YHL took part in a ceremony celebrating the victors and prize-winners in the national sledge hockey championship and attended the new sport’s first ever All-Star Game in Russia. Members of Russia’s national sledge hockey team were also presented with sporting equipment and attire from the leadership of the Kontinental Hockey League.

As part of the memorandum of cooperation, the KHL VHL and YHL agreed to render material, technical and organizational help to both the federation and to the Russian Paralympic Committee in the setting up and development of sledge hockey across the country. Improvements and amendments have already been made to the Kontinental Hockey League Regulations in order to facilitate more comfortable conditions for disabled people when they visit matches in the KHL Championship, taking into account the challenges they face with mobility and their particular needs during their visits to sporting events. 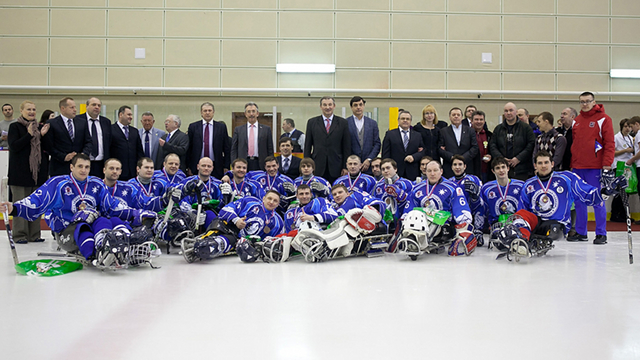