Join us at our bar!

From the 9th to the 25th of January, Riga’s Galerija Centrs shopping complex hosted a photo exhibition staged by the Kontinental Hockey League. As already promised on the official KHL website, the exhibition will be followed by a charity auction, at which anyone is welcome to come and bid for any of the photographs on show at the exhibition.

The auction takes place on the 11th of February at the KHL bar in Riga’s Radisson Blu Latvija hotel (55 Elizabetes Street), and the original program of events has been considerably expanded to include a wide range of surprises in store for all who take part. Up for auction, in addition to the photographs exhibited in the Galerija Centrs, will be photos of many players from the recent All-Star Game and the Legends Game between famous veterans of Russian and Latvian hockey: stars such as Sandis Ozolins, Alexander Radulov, Vladimir Tarasenko, Milos Riha, Oleg Znarok, Harijs Vitolins and others, and all bearing the heroes’ autographs. You can also bid for players’ jerseys worn in the All-Star Game and Legends Game, various hockey gear and many other items, all signed by the players.

The surprises for hockey fans do not end there: attending the auction will be Dinamo Riga players who competed in the KHL All-Star Game 2012, while goaltender Chris Holt, also famous for his musical talents, will entertain all the guests with a performance specially-prepared for the evening, and backed by top Latvian group Dzelzs Vilks.

All the proceeds from the auction will go to a very good cause – supporting the young players of the Profs Rīga hockey school.

Come and join us this Saturday at the KHL bar! 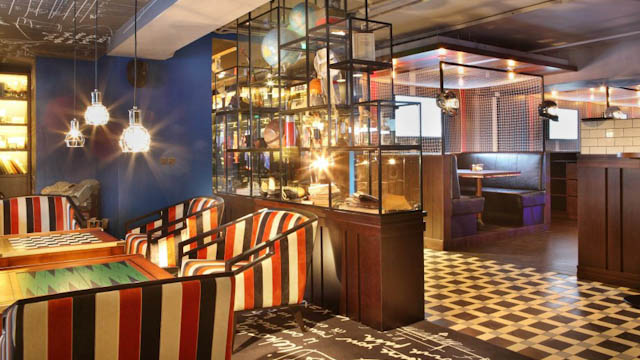