The NHL's Carolina Hurricanes arrived in St. Petersburg on Saturday. Because of the long and tiring flight, the team didn't have the energy to appear immediately on the ice and canceled their practice, deciding instead to look around the city. The visiting team's first practice was held on Sunday at 11:00, after which the players and coaches went out for more sightseeing in St. Petersburg – this time with a tour guide.

SKA defenseman Andrei Zyuzin had already finished practice and had errands to do, but he stopped by the rink where the Carolina Hurricanes were practicing.
“I've got some acquaintances here,” he said, looking in. “Like Tuomo Ruutu, there. We shared a hotel room when we were playing in Chicago.”

SKA and Carolina, who will face each other on Monday, had their practices scheduled for the same time on Sunday and went to different rinks at the Yubileiny ice arena. There were quite a few friendly encounters once both practices had ended.

Alexei Yashin was speaking to reporters when he suddenly sputtered and fell silent. The problem was that goaltender Cam Ward couldn't get past Alexei into his locker room. Despite this, the Hurricanes' goalie didn't seem at all bothered and was looking with interest at the St. Petersburg forward.

“Do you need to get by?” Yashin asked.
“No, no. There are cameras – I'd be getting in the way,” the goaltender responded.
“Oh no, please do,” Alexei answered, being even more courtly.

Carolina's players said the usual things about how they were interested in visiting Russia and seeing the city, whereas the St. Petersburg team had to field questions about their chances in the upcoming game.

“Who'll win?” Sergei Brylin repeated in response to a question. “Well, whoever wants it most will be the one that wins.”
“But surely you have the advantage: the venue, the time zone, being in the heat of the season.”
“Believe me, that won't make the least difference. Our chances are even.” 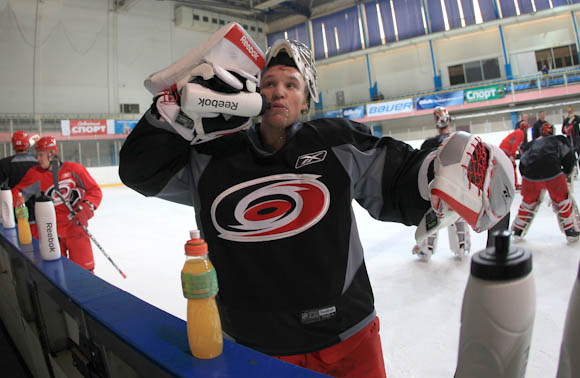 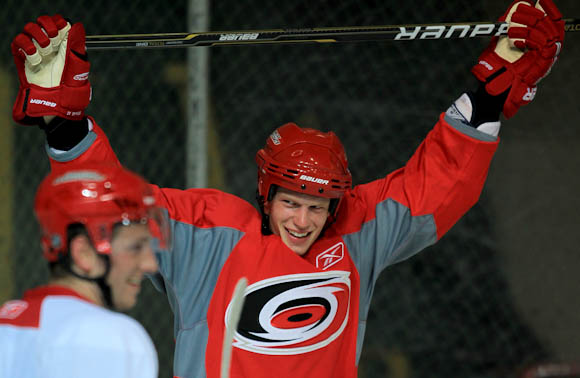 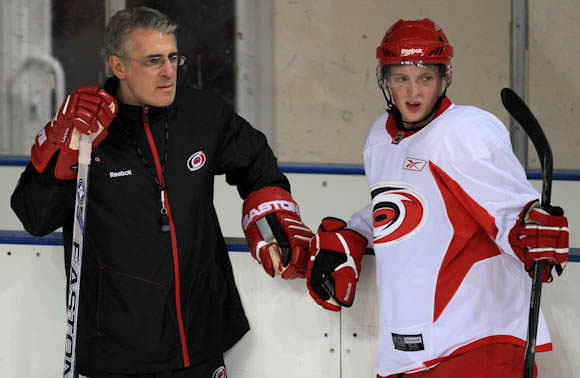 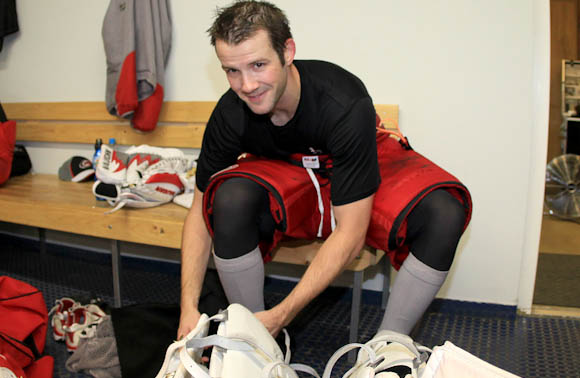 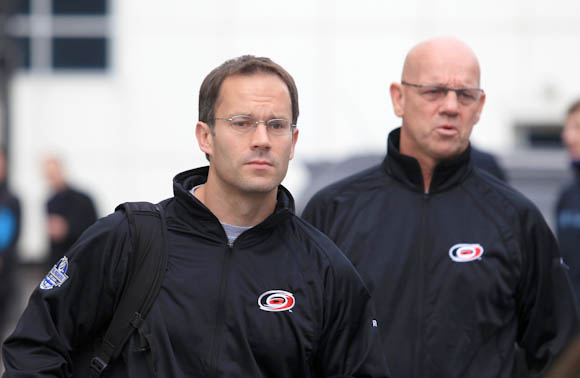 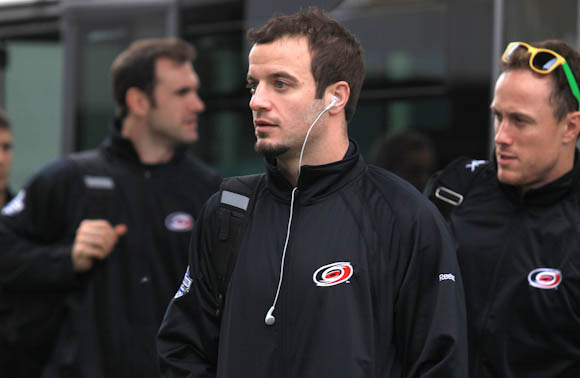 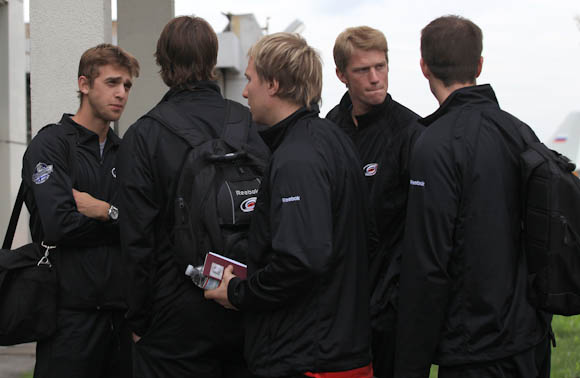 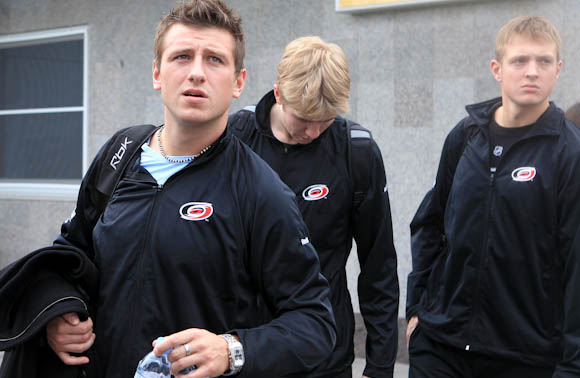 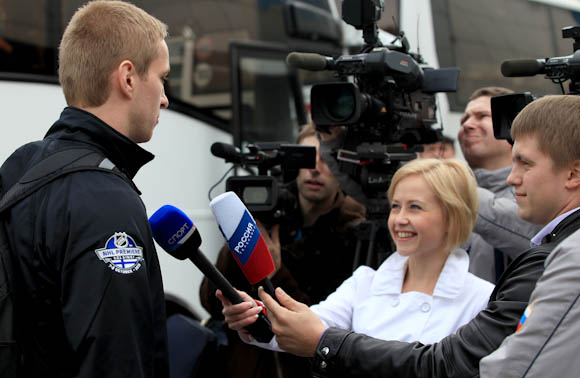