Picture of the Game

From April 15th to April 18th Moscow’s CrocusExpo exhibition center hosted the tenth jubilee of the photographic exhibition, this year titled PhotoForum-2010. In cooperation with Nikon, the official partner of the KHL Championship, the Kontinental Hockey League featured prominently with their exposition on the Nikon stand. 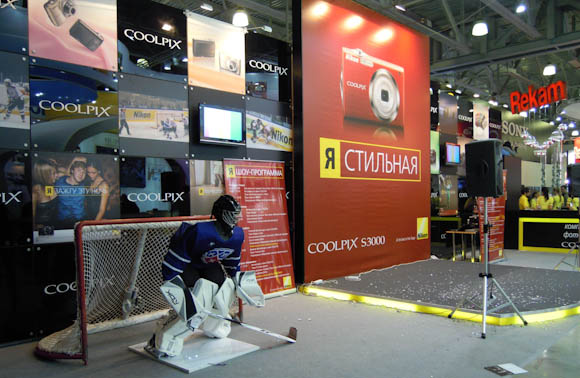 Anyone lover of sport and photography could test their hockey skills against a lifelike goaltender, try to score goals against him, and be rewarded for their competitive spirit with a memento from the KHL. There were many enthusiastic takers. 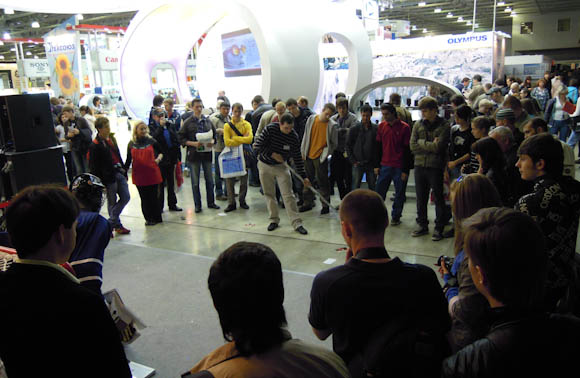 Over 140,000 people attended over the four days of the exhibition.
On April 17th, the PhotoForum exhibition at the Nikon and KHL stand hosted the photographic contest, “Picture of the Game.”

The contest was open to anyone wishing to take part and the top prize was the COOLPIX S300 camera. Entries were judged not only on the professionalism of their pictures, but also on their creativity.

The winner of the competition and the recipient of the top prize, the Nikon Coolpix S3000, was Yelena Borodina with her work: 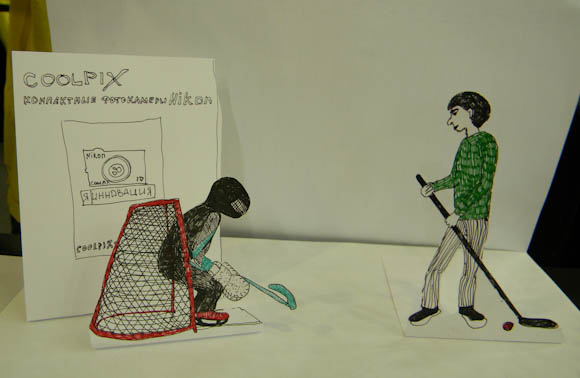 Second prize went to Darya Naritsyna, third place was awarded to Igor Serebryakov, and Natalya Krasova was fourth. All who took part in the contest were given a Kontinental hockey League souvenir prize. 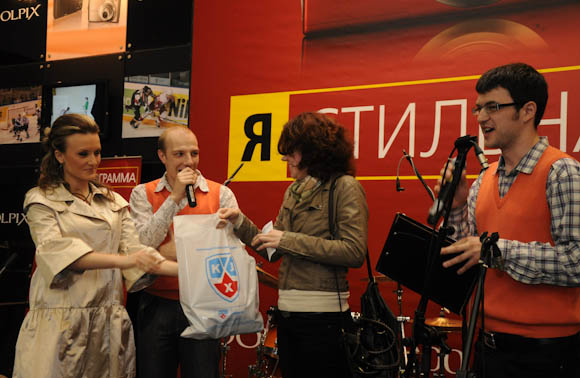 On Saturday and Sunday the exhibition featured live performances by famous singer and popular band.