The Finn struck moments after Kristian Kuusela looked to have salvaged a tie for the host, making it 2-1 on 59:04 with a powerful shot from the blue line that ripped through a crowd of players in front of home goalie Juha Metsola to win the game.

The Beijing-based team took its bow in the big time on the banks of the Amur, the river the marks the border between Russia and China. The trip to Amur Khabarovsk is one of the shortest of the season for the Chinese representatives – but it was still a hefty 1,760km for Kunlun to travel to the Platinum Arena.

A capacity 7,000 crowd, many of them back for the second time in 24 hours after seeing Amur claim its first win of the season against Admiral yesterday, saw a nervous start from both teams. But on 14 minutes, Kunlun’s second power play led to a moment of history. Sean Collins, a Canadian forward once on the books of the Columbus Blue Jackets and the Washington Capitals, got his team’s first ever goal when he forced home Tomas Marcinko’s pass to the slot. Home goalie Juha Metsola protested that Collins had encroached onto the paint, but the video official awarded the goal.

Prior to Red Star’s formation there was much debate about how many Chinese-qualified players would actually step on to the ice in a multinational roster that also includes players from Russia, Canada, Finland, Sweden and Slovakia. In the end, four locals – defenseman Zach Yuen and forwards Tiangxiang Xia, Guanhua Wang and Rudi Ying made Vladimir Yurzinov’s line-up for the first game although they were used sparingly once the action got underway.
Chances were hard to come by at both ends, although Amur thought it had equalized in the 52nd minute when Vitaly Atyushov launched a solo rush. The puck somehow squeezed into the net as Atyushov, defenseman Tobias Viklund and goalie Andrei Makarov got all tangled up – but the target was off its moorings and the goal was disallowed.

The host did tie it up on 58 minutes, pulling the goalie on the power play to create a 6-on-4 situation. Kuusela took advantage of the extra space, finding an unguarded area at the edge of the left-hand circle and firing home his second goal in two days of Teemu Ramstedt’s pass. But parity was short-lived as Mantyla scored the winner just 64 seconds later.

Kunlun makes its home debut in Beijing on September 5 against another Far East rival, Admiral Vladivostok. 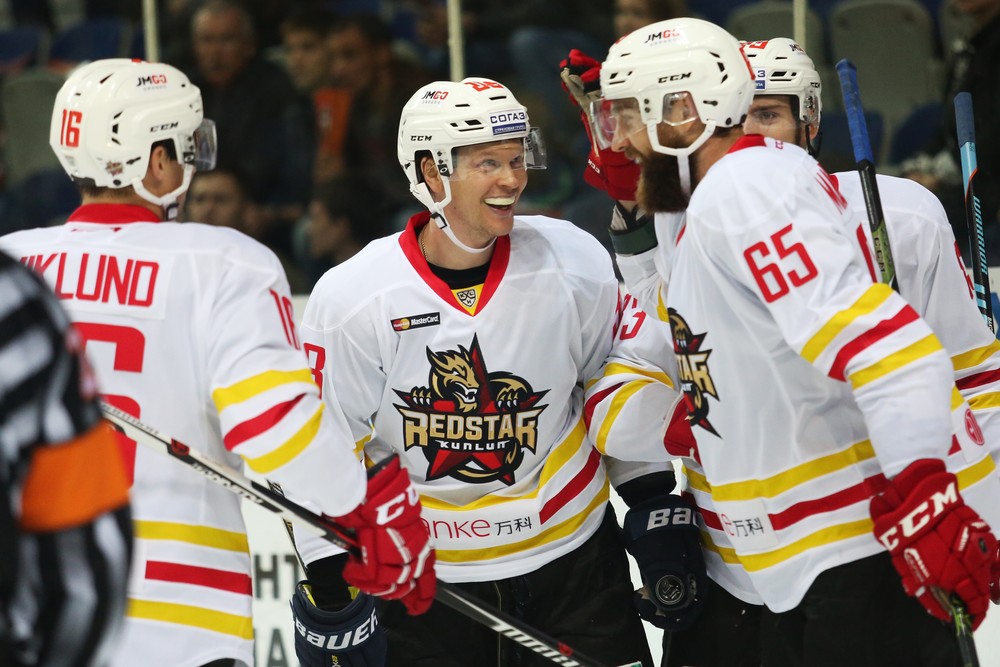