Paul Szczechura - the man who put Brantford on KHL map 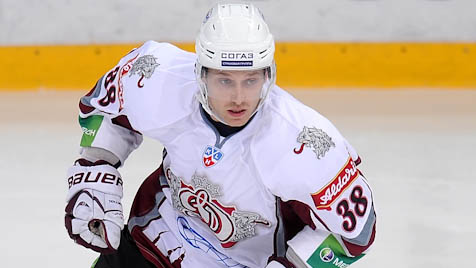 Quick, who is the best-known hockey player from Brantford, Ontario? Well, yeah, Wayne Gretzky. Guess, that wasn’t such a hard question after all.

Well, at least Paul Szczechura’s name is much tougher to spell or pronounce. Take that, Wayne! It’s 2 Z’s to 1 in favor of Paul. Not that Szczechura, a 5’ 11’’ Dinamo Riga winger who has just turned 28, is the least bit competitive or resentful of his legendary hometown hero. He wouldn’t even go as far as calling the circumstances of his upbringing “growing up in Gretzky’s shadow.”

“Brantford is a big hockey town and Gretzky put us on the map”, says Szczechura. “I was lucky that Walter, Wayne’s dad, was involved with my (youth) team, and about once a year Wayne would visit our practice. It was nice that everyone knew us because of him.”

As for that name, Paul is so used to mispronunciations, he scarcely notices anymore. For the record, he uses “sheh-HOOR-ah”, the proper Polish way to say it, but in North America people usually give up after one or two attempts. This isn’t, however, why Szczechura is plying his trade in Europe right now, after several stints in the NHL, with Tampa Bay and Buffalo.

“I had my chances, but at some point I felt that the league is getting younger and younger”, he says. “You have to compete with guys who were just drafted in the first round, and the teams would sooner give them a shot than someone who has played in the AHL for a long time. You get frustrated eventually. Nothing against the guys! They are young and talented, they will be good NHL players, but it’s just the way it works. Every year you spend in the AHL, your chances of making it are less and less.” 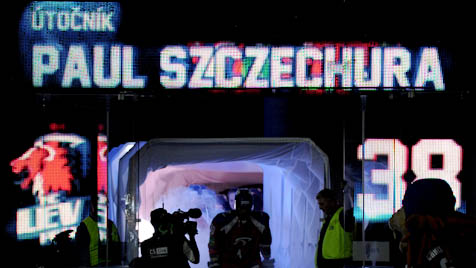 For Szczechura, the final straw was only getting nine games with the Sabres during the 2011-12 season, despite spending a couple of them on the team’s first line. It was in one of those games that the Sabres utterly destroyed the Washington Capitals, ending Bruce Boudreau’s “marriage” with Alex Ovechkin. Paul vividly remembers the game and the Capitals’ stars becoming invisible as it went on.

But the stars stayed where they were, and Szczechura had to choose a different way to extend his career. His attempt to break into the KHL with expansion Lev Prague failed during the lockout season, when the Czech side stocked up on locked-out NHLers. No worries, though, as Paul made his way to Riga, a city just as historic, beautiful and hockey-crazy.